TV Production market report by Apex Insight reveals a £3bn UK market which has continued to grow despite pressure on television industry revenues.

Apex Insight has published research on the TV production industry which quantifies the size and growth of the UK market, reviews trends in what is an increasingly global industry, and profiles leading companies. It also discusses industry value drivers and sets out a UK market forecast supported by relevant evidence. 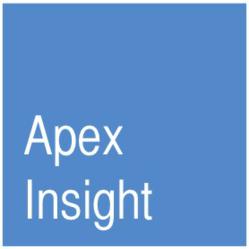 The TV production industry is changing: it is becoming more international and more sophisticated funding models are being deployed to enable shows to be produced for a range of broadcasters, channels and other revenue streams

This study, carried out by Apex Insight, the market analysis and consulting firm reports that the total value of UK television commissions is now over £3bn, with the market having experienced modest but sustained growth during the turbulent economic climate of recent years.

Although the traditional PSB channels still account for over 75% of the market, this proportion is falling as growth is being driven by the multi-channel segment, led by BSkyB, which has, in recent years, started to commission more original UK programming than in the past.

The most important driver of value in TV production remains the one which is hardest to predict: hit rate in developing the highly successful formats, such as ‘Big Brother’, 'Who Wants To Be A Millionaire' or ‘Downton Abbey’, which become major successes for many years. Shows of this nature help production companies to deal with the relatively low revenue visibility which they have in a project-based business, as it is generally more profitable and less risky to invest in extending the life of an existing successful format than to create another new hit.

While the largest television producers remain the two major in-house production arms of the leading networks, BBC and ITV, the independent sector has changed significantly in recent years. Acquisition activity has led to significant consolidation and the emergence of several large groups such as Endemol, FreemantleMedia and Zodiak. These groups now have extensive international operations and are sometimes known as ‘superindies’.

The industry is now at an exciting point and continues to develop, but with significant areas of uncertainty. The traditional broadcasters remain the major commissioners of content but they face revenue challenges from the internet competing increasingly successfully for advertising revenue and the freeze in the licence fee. New funding models such as deficit funding are changing the economics of the industry as it becomes increasingly international. Further acquisitions in, and consolidation of, the independent production sector, appear probable. New initiatives are being launched, such as IPTV, which could drive demand for production activity – both additional content and, more importantly, by supporting the overall economics of TV productions – if they are successful

The market report is based on data from industry and company sources as well as interviews with senior-level contacts in the market. It includes analysis of the drivers of industry growth, setting out historical trends and forecasts.

Findings are presented clearly and concisely in a report which makes extensive use of charts and tables to illuminate points and support conclusions. It is intended for TV production companies themselves as well as private equity and other investors, banks, analysts, consultants, government / regulators and other parties with interests in the industry.

About Apex Insight
Apex Insight is an independent provider of research, analysis and advice covering business-to-business markets in the UK and Europe. We have advised the management of, and investors in, media sector clients including the BBC, Endemol, Channel 4, Reed Elsevier and EMAP.