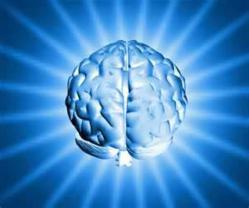 Our ability to make meaningful contributions in later life is more possible now than ever before in history.

Now for some really good news about brain health. Scientists (and thus the rest of us,) used to think that after reaching age thirty the picture was grim, beginning with lost keys, loss of comprehension, followed by confusion, irrelevance, decline and death. Many wonder, if that is true then why are most of the CEO’s of Fortune 500 companies over the age of 50?

New research shows that older brains may well have abilities that younger brains have not yet developed. In the competitive and success driven leadership arena, there is no room for error. The acuity of these executives is tested daily and scrutinized regularly. They must be equal to the task or be replaced.

In the new book "Hope I Don't Die Before I Get Old" Tracey Bowman and Mary Boone Wellington detail scientific discoveries that explain this phenomena. New research shows that older brains may well have abilities that younger brains have not yet developed. In an unprecedented longitudinal study (using the same people over a period of years), Sherry Willis of Penn State University found that in vocabulary, verbal memory, spacial orientation and inductive reasoning, people performed best between the ages of forty and sixty five. They found that the ability to do fast calculations does decline after age twenty five, but by better utilization of both halves of the brain seniors excel at drawing fast and meaningful conclusions.

The common conception that small memory lapses are precursors to full scale mental decline is simply not borne out by current research. Art Kramer, a psychologist and neuroscientist at the University of Illinois studied air traffic controllers, both here in the US where mandatory retirement age is 55, and in Canada where air traffic controllers work until they are 65. He found that older controllers work just as successfully as younger ones. “Over the last few years, in fact, researchers have found out a great deal about the middle aged brain. They have found that–despite some bad habits–it is at it’s peak in those years and stays there longer than any of us dared to hope.” says Barbara Strauch in her book “The Secret Life of the Grown-up Brain”

Mary Boone Wellington who has has several successful careers, as artist, CEO, entrepreneur and now as a writer says “Tracey and I wrote "Hope I Don't Die Before I Get Old" to inspire an aging population. Not only are we living longer, but our ability to make meaningful contributions to our world in later life is more possible now than ever before in history.”

What can be done to keep the brain fit? A new study by Canadian researchers shows that an exercise program featuring resistance training improves the cognitive functioning of older women, and improves it by a noticeable margin. Researchers followed 86 senior women with mild cognitive impairment for a six-month study.

In the study, women between the ages of 65 and 75, were divided into two groups, one performed resistance training exercises (weight training) and the other did aerobic exercise. The groups exercised twice a week for six months in sessions that lasted about an hour. Both of these groups were tested regularly to assess the brain functions needed for independent living— paying attention, memory, problem solving and executive decision making. They were also analyzed for brain brain plasticity (the ability to add new brain cells) with a functional MRI.

The results showed big improvement in decision making, memory and brain plasticity in the group performing weight training exercise. The aerobic training group did not show these results. The results were so positive that the research team made a video and posted it on you-tube.

“Exercise is attractive as a prevention strategy for dementia as it is universally accessible and cost-effective,” said Liu-Ambrose, the lead researcher. “By developing this we can help translate our findings directly to the senior population and fitness instructors who are working with them.”