The Upside Of Taking The Heat – PsychTests.com's Research Reveals Why Job Success Depends On Ability To Take Criticism

PsychTests.com’s latest study indicates that being able to take and learn from criticism can have a major impact on job satisfaction and performance. 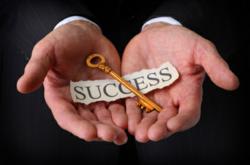 One of the key factors that determined whether a person responded defensively to criticism was self-esteem.

PsychTests.com, a pioneer in online personality, IQ, and career tests, has released its newest study comparing employees on their ability to handle constructive criticism in general. PsychTests’ research reveals that those who tend to be defensive to criticism are less happy with their job, have low performance ratings, and low self-esteem.

From musicians and athletes to Nobel Prize winners, business moguls and presidents, every professional is criticized about their work and their performance – and most will agree that they are better for it. Granted, it’s not easy to hear, but behind every critique lies a lesson. Those who are able to get past the harsh outer shell of criticism to the nugget of wisdom at its core will possess one of the major keys to success.

Research by PsychTests’ (on 3,664 participants) using the Sensitivity to Criticism Test reveals that employees who were more defensive in response to criticism scenarios on the test were also more likely to report lower levels of job satisfaction and to have poorer performance ratings. PsychTests’ researchers assessed people’s responses to criticism on six factors:

1)    Negative thoughts directed toward the critic (e.g. “People who criticize my work do so because they dislike me or are jealous of me.”)

2)    Negative thoughts directed toward self (e.g. “When someone criticizes me, I can’t help but think I really am incompetent.”)

6)    Negative or passive aggressive behaviors (e.g. purposely slacking off, secretly looking for a new job, ignoring criticism completely and not making any of the recommended changes, etc.).

PsychTests’ statistics also reveal that while women were more likely to direct their defensiveness inwards (e.g. by taking the criticism personally; by being hard on themselves for not doing well) men were more likely to reflect their defensiveness outward, convincing themselves that the critic is wrong, and even going as far as to argue/disagree with the critique. Interestingly, one of the key factors that determined whether a person responded defensively to criticism was self-esteem.

“When we assessed the role that self-esteem plays as it relates to the ability to take criticism, we found that those who became the most defensive were also more likely to have the lowest level of self-esteem,” explains Dr. Ilona Jerabek, president of PsychTests. “Whether a person responds to criticism by putting themselves down or being excessively hard on themselves, like women in our sample did, or by fighting to protect their ego, like the men did, the result was still the same – the defensive people in general still had lower self-esteem than the less defensive people.”

This can pose a problem, both for managers who are charged with the task of offering criticism during performance evaluations, and for the employees on the receiving end of the criticism.

“The key for managers is all in the approach,” explains Dr. Jerabek. “First, find something positive to say about the person or his/her performance. This will start the conversation on a positive note and will make the criticism more digestible. When offering negative feedback, don’t just point out what’s wrong and what needs to be fixed - explain why some changes are needed and be prepared to present some options and solutions. Show the employee that you are a manager who is truly interested in helping him/her improve. Detail the areas that need development, set up specific objectives on what you would like your employee to achieve, and then offer guidelines on how to achieve them. Be firm but friendly – try to put yourself in the other person’s shoes.”

As for employees, PsychTests offers some tips on how to handle and learn from criticism:

o    Take notes of what has been said and suggested.
o    Ask open-ended questions such as, "How should I approach this type of project/client the next time around?”
o    Don’t be afraid to ask follow-up questions, like “Can you provide an example of when you felt I didn’t handle a project well?” Just make sure to do so tactfully. Remember, the goal is to help you improve.
o    Track your progress after you’ve implemented your manager’s guidelines for improvement, and discuss any necessary modifications.

Employers interested in using this or other pre-employment tests can visit http://www.archprofile.com/

Those who wish to learn more about their own ability to handle criticism can go to http://testyourself.psychtests.com/testid/2129