Following the controversy surrounding the adoption of new GOP rules at the 2012 Republican National Convention in Tampa, Florida, the RNC today resolved to convene The Standing Committee on Rules in April to address the concerns of grassroots activists on how the changes will impact the party and future elections. 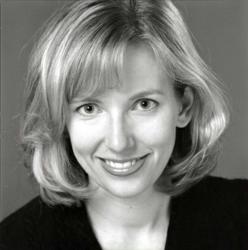 This is exactly the kind of work this committee can do to be most effective in partnering with the grassroots in each of our states.

In response to the concerns expressed by grassroots Republicans surrounding the changes in the rules that govern the party, the RNC today made a decision to bring together the members of The Standing Committee on Rules to revisit the amendments that some believe weaken the GOP.

"Our concern is that these rules will centralize power with the top leadership, and diminish both the influence, and the diversity of ideas and experiences, that the grassroots offers to the party," said John Noisy Hawk, a member of the elected Maine Delegation to the Republican Convention in Tampa, Florida where the rules were adopted. "The GOP believes in empowering the little guy, and we want to see that happen both in our party, and nation wide."

At the conclusion of the meeting, Maryland Committeewoman Nicolee Ambrose of Baltimore rose to praise the committee members and their newly reelected Chair Reince Priebus for the move.

"I'm grateful to be both a grassroots activist and a member of the RNC. In our deliberations it's important to recognize the many questions we've received from activists and donors about our Rules passed at this past convention.

"I congratulate our National Committee, our Resolutions Committee, and Chairman Priebus on hearing this message from the grassroots. Today, we unanimously passed a resolution supporting the formation of a Standing Committee on Rules to examine these concerns. This is exactly the kind of work this committee can do to be most effective in partnering with the grassroots in each of our states.

"We are hopeful about the future and grounded in the belief that every mom and dad, son and daughter are the grassroots who make this country and our Republican Party great."

Chairman Reince Priebus responded, "Perfect. And to that point... we will have a rules committee constituted at the spring meeting. We will have that meeting the earliest than we have ever done it before... We will have a rules committee to hear any and all amendments, any and all suggestions. And then we are also going to have an official meeting of the RNC at our spring meeting, something we have not done in the past. So that if there are matters and business and rules amendments that are passed out of the rules committee, we can hear those amendments and those suggestions, in the formal body to make them formal amendments under Rule 12."

Michigan Committeeman Dave Agema said, "It was important to come out of this Winter RNC Meeting and be able to tell our grassroots activists that we have heard them loud and clear. We've not only heard them, but most importantly we are eager to take action. There's much consensus among Committee members who share their concerns and are here to represent these core GOP values of fair representation and inclusion."

Resolution to Constitute the Standing Committee on Rules