I Love Lucy® Live on Stage is Coming to Washington D.C. for a Limited Engagement this June 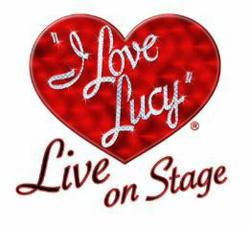 Imagine stepping back in time and into the Desilu Playhouse soundstage! It's 1952 and you are a member of the studio audience awaiting the filming of two hilarious and familiar "I Love Lucy" episodes. A charming host entertains and enlightens you to the behind-the-scenes filming process, the 1950s hi-fidelity technology and this brand new thing called 'television.' The episodes begin and you witness firsthand the sidesplitting antics of that crazy redhead in the Ricardos' New York apartment and the Cuban sounds of "The Ricky Ricardo Orchestra" at the famed Tropicana Nightclub. In between scenes? The Crystaltone Singers perform live advertising jingles of the show's newest sponsors in perfect '50s style harmony. Can you say 'Brylcreem'?!

I LOVE LUCY® LIVE ON STAGE, under a license from CBS Consumer Products, premiered in Los Angeles 2011 to stellar reviews, prestigious awards and sold out crowds for its initial five-month run. According to John Soltes at HollywoodSoapbox.com, "One of the hardest LA tickets to snag is to I LOVE LUCY® LIVE ON STAGE. If you're a fan of Lucy, Ricky, Fred and Ethel, this is a must-see experience."

TV Guide's William Keck says I LOVE LUCY® LIVE ON STAGE is "the most entertaining stage production I've seen in years — including Broadway!" Examiner.com adds, "… I frankly cannot remember any performance in any venue in recent time that caused me to laugh so long and so hard. But it also clearly told the story and paid proper homage to the original 'I Love Lucy®.' When it ended I was filled with warmth and joy…"

It seems the truth is in the title. Whether young or old, EVERYBODY really does LOVE LUCY!

TICKET INFORMATION
Reserved tickets are $75.00, $60.00 and $40.00 and go on sale Friday, March 1 at 10 a.m. at Livenation.com. All tickets subject to applicable service charges and fees. Dates and times subject to change without notice. Tickets are available now for groups of 20 or more by calling the Warner Theatre Box Office at 202.783.4000

ADVANCE PRESALE INFORMATION
A special presale is available now thru Thursday, February 28 and is available at LiveNation.com. The password for the Presale is: DAZZLE