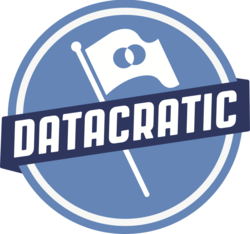 Through the collaborative efforts of software engineers around the world we will witness massive innovation in the real-time marketing ecosystem.

Datacratic today announced the launch of RTBkit, a significant open source software initiative. RTBkit is a real-time bidder framework designed for use on advertising exchanges such as the Rubicon Project, Nexage, App Nexus, The Google Ad Exchange and others. A technology preview of the source code is now available at http://github.com/RTBkit under the Apache License, a software license authored by the Apache Software Foundation.

“This is an exciting milestone for Datacratic, and for programmatic advertising as a whole, because it represents the beginning of an open source community movement,” said James Prudhomme, Datacratic CEO. “Through the collaborative efforts of software engineers around the world we will witness massive innovation in the real-time marketing ecosystem.”

Developers who decide to build on top of the RTBkit framework can eliminate most of the difficult engineering work required to create a scalable real-time bidder. Its open, service-oriented architecture can be used to assemble a bidder as simple or complex as desired. The software routes bid requests and data through a configurable set of components which can be extended to implement a customized bidder. It is highly efficient and scalable, with the core logic able to support tens of thousands of bid requests per second per commodity server. The framework handles most of the mechanical parts of bidding allowing software developers to focus on truly innovative features like unique bidding logic and data driven optimization.

“Our intention is to help RTBkit gain traction among developers and to become the go-to framework for real-time bidding,” said Nicolas Kruchten, Datacratic’s Head of Product Engineering. “We are excited about collaborating with other software engineers to improve upon the initial code base. At Datacratic, we see this as a benefit to all players in the ecosystem.”

RTBkit is intended to be fully compatible with the OpenRTB specification, as well as other exchange protocols. The loose coupling of components makes it surprisingly easy for experienced software engineers to incorporate data flows, build control infrastructure and develop customized bidding logic. Developers can build four types of plugins to the RTBkit core: exchange connectors to connect to multiple ad exchanges, bidding agents to perform bid price calculations, augmenters to incorporate proprietary data and logic into the bid decision and loggers to provide access to real-time data streams for logging and analytics purposes. By writing and releasing a plugin, exchanges, data providers and analytics and optimization providers are able to provide a turnkey integration to the entire RTBkit installed base.

“RTBkit is a significant step forward in RTB infrastructure. Starting from scratch in RTB is a challenging proposition, as a massively scalable system must be designed with exchange interfaces, data stores, data loggers, bidding logic and optimization algorithms,” said Dr. Neal Richter, Chief Scientist of Rubicon Project and co-chair of IAB's OpenRTB committee. “The modular architecture and inherent scalability of RTBkit will allow buy side entities to jump straight into data strategy and implementing bidding algorithms. The native support of the OpenRTB protocol allows the bidder to support display, mobile and video exchanges from the start. The Rubicon Project and the IAB OpenRTB group are excited to support the efforts of RTBkit with system testing, code contributions and advocacy.”

“At Datacratic we believe that open ad exchanges have great potential but are inefficient due to low bid density and poor optimization,” said Jeremy Barnes, Datacratic CTO and Co-founder. “Before RTBkit, the cost of building a bidder was prohibitive. RTBkit will enable a flourishing ecosystem of smarter bidders.”

Datacratic is a software company that applies real-time machine learning and predictive modeling to big data generated from consumer behavior. Datacratic provides real-time optimization on a Platform as a Service (PaaS) model for Data Management Platforms (DMPs), Demand Side Platforms (DSPs), Agency Trading Desks (ATDs), e-commerce web sites and others in the real-time marketing ecosystem. With the 2013 launch of the RTBkit open source project, Datacratic is spearheading the growth of a community of RTB developers. Datacratic, originally founded as Recoset in February 2010 and headquartered in Montreal, is privately held with backing from Real Ventures and BDC Venture Capital. For more information visit Datacratic.com.

*About The Rubicon Project

The Rubicon Project® is the leading technology company automating the buying and selling of advertising globally. REVV®, the industry’s largest independent technology platform is used by more than 500 of the world’s premium publishers to transact with more than 100,000 advertisers. REVV’s automation technologies and optimization algorithms allow buyers and sellers to conduct their business at global scale in a brand-safe marketplace where billions of transactions occur every single day. To learn more, visit http://www.rubiconproject.com.