Win $500 in Hotel Rooms from the Los Angeles Clippers and HotelPlanner.com

Visit the LA Clipper's Facebook Page during the game 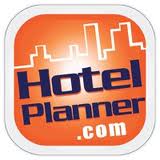 HotelPlanner is a proud partner of the LA Clippers. We will be giving away free hotel rooms throughout the season to celebrate the team’s success. Go Clips

The Los Angeles Clippers along with their friends at HotelPlanner.com will give away $500 in free hotel rooms during their February 21st game against the top-ranked San Antonio Spurs. The game begins at 7:30 PM PST. The promotion will take place on the L.A. Clippers Facebook page. All entries into the promotion must take place before the game ends and the winner will be announced 1 hour after the completion of the contest. Free rooms may be booked at http://www.hotelplanner.com or the HotelPlanner app during the contest. The winner of the $500 in hotel rooms will be announced on The L.A. Clippers Facebook page.

HotelPlanner.com’s CEO commented, “HotelPlanner is a proud partner of the LA Clippers. We will be giving away free hotel rooms throughout the season to celebrate the team’s success. Go Clips."

Founded in 2002 by Tim Hentschel and John Prince, HotelPlanner.com prides itself on providing the best hotel rates at all levels of sport competitions. The company provides group travel services to a number world class sporting organizations, including the National Basketball league (NBA), Major League Baseball (MLB), the National Football League (NFL), the National Hockey League (NHL), the Professional Bull Riders, and for nearly 65 collegiate teams. By combining technology with an experienced client focused team, HotelPlanner.com takes pride in providing exceptional service to help clients choose the ideal property at the best price for their group event or personal trips. HotelPlanner.com is expanding globally and recently opened an office in London as its European Headquarters.