idgroup Honored with Best of Show for 5th Consecutive Year 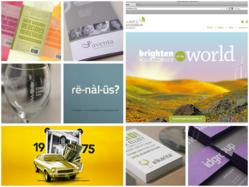 "Our goal is to do great work for clients that we believe in and have fun doing it."
- Mona Amodeo, Ph.D.

idgroup’s creative team members have won numerous local, regional, national and international awards for creativity and effectiveness. "Our goal is to do great work for clients that we believe in and have fun doing it. It's nice to win awards, too." - Mona Amodeo, Ph.D

The local ADDY Awards Gala is presented by the American Advertising Association’s (AAF) Pensacola chapter. This year’s competition consisted of 64 professional and 36 student ADDY awards, three Judges awards and three Best of Show awards in the areas of Print, Web and Television. The judges consisted of award-winning industry professionals from large advertising markets: Shane Santiago – Chief Creative at SBS Studios in Jacksonville, FL; Beni Mendez – Creative Director at Out of the Blue in Miami, FL and Janet Bowman – Senior Accounts Manager at Studio 101 in Atlanta, GA.