Nasal and Facial Plastic Surgeon, Dr. Guida, explains how more Mothers, Daughters and Granddaughters are exploring plastic surgery together for the first time. 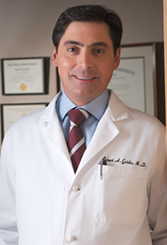 Many describe it as having a built-in support system – someone close, who understands what you’re going through first-hand.

Dr. Robert Guida is one of New York City’s most sought after nasal and facial plastic surgeons. Practicing on Manhattan’s Upper East Side, Dr. Guida is reporting on a growing new trend in the world of cosmetic medicine: “generational plastic surgery.”

“One of the most interesting cosmetic trends we’re seeing is what many are calling ‘generational plastic surgery,’” explains Dr. Guida. “That is, mothers, daughters and granddaughters exploring plastic surgery together.”

Asked to speak on the advantages of this approach, Dr. Guida offered this: “While the idea of a mother and daughter undergoing plastic surgery at the same time may seem odd at first, we’re actually finding that it can be beneficial to both parties,” explains Dr. Guida. “Many describe it as having a built-in support system – someone close, who understands what you’re going through first-hand.”

Dr. Guida went on to explain that although family members are exploring plastic surgery together, their cosmetic goals will often vary. “A mother in her 60s will no doubt have different cosmetic concerns than her 40 year old daughter,” explains Dr. Guida. “Where older patients tend to seek out procedures like facelift surgery or an eyelid lift, our younger patients often lean toward rhinoplasty, liposuction or minimally-invasive solutions like BOTOX® and soft tissue fillers.”

This topic has also been the subject of several recent articles, including a piece published by ABC News: “According to 2005 statistics released by the American Academy of Facial Plastic and Reconstructive Surgery, 34 percent of facial plastic surgeons reported an increase in patients getting plastic surgery with a partner,” explains ABC.

Commenting on the emerging role of generational plastic surgery, Dr. Guida concluded with this: “Plastic surgery, while often life-changing, can sometimes feel a bit overwhelming. In these cases – when support becomes so important – who better to have at your side than a close loved one?”

Dr. Guida offers plastic surgery consultations in Manhattan. Interested parties are encouraged to contact his offices at 212.871.0900 or http://www.drguida.com

Dr. Robert Guida is a highly respected facial plastic surgeon specializing in facial plastic surgery and nasal surgery. Double board-certified, Dr. Guida earned his medical degree at Hahnemann University School of Medicine in Philadelphia, Pennsylvania. Serving his residencies for Internal Medicine at the Lankanau Hospital and for General Surgery at the Graduate Hospital of the University of Pennsylvania, Dr Guida completed a residency in Otolaryngology – Head and Neck Surgery at the New York Eye and Ear Infirmary in New York City. He then received his fellowship training in Facial Plastic and Reconstructive Surgery at Oregon Health Sciences University.

Working closely with each patient to develop an individualized treatment plan, Dr. Guida performs a wide array of surgical and non-surgical procedures. These include rhinoplasty, nasal reconstruction and facelift surgery, among others. Repeatedly listed in the Castle Connolly Guide of Best Doctors, Dr Guida was also named in New York Magazine’s feature on top “Beauty Doctors” in New York City.