U.S Drug Prices Increase at Twice the Rate of Inflation in 2012 While Other Health Costs Remain Steady

In 2012 U.S. drug prices rose 3.6%, more than double the 1.7% annual rate of inflation. The main driver of this is believed to be increases in the cost of brand name drugs; The Canadian Pharmacy reminds us there are alternatives. 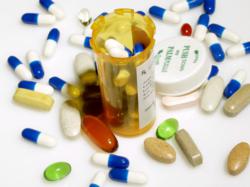 We feel fortunate to be in a position to help our customers obtain the medications they require at affordable prices. These same medications in Canada usually sell for half the U.S. retail price.

The Annual Report of The United States Bureau of Economic Analysis on the cost of major consumer spending categories indicates the increase occurred despite significant savings from greater overall generic medication usage. The increase also occurred despite a decrease in health care costs such as doctors visits and lab tests which fell below the rate of inflation in 2012. The overall increase in drug prices is attributed to significant increases in the cost of top selling brand name drugs such as Nexium, Abilify and Crestor, which in 2012 saw price increases of 7.8%, 10.4% and 9.8%, respectively.

Those who were adequately covered by a prescription drug plan may not have felt these significant price increases; however, the affordability of health insurance as well as insurance coverage gaps are common challenges throughout the U.S. A study released by CVS Caremark last October indicated that affordability is the number one reason Americans skip their medications, a definite cause for concern with The National Consumers League (NCL). The NCL identified poor medication adherence as "a problem that causes more than one-third of medicine-related hospitalizations, nearly 125,000 deaths in the United States each year, and adds $290 billion in avoidable costs to the health care system annually".