Last Day to Register for Live Webinar: Why Your Resume is Not Going to Get You Hired Hosted by Career Confidential

Career Confidential Hosts Complimentary Webinar "Why Your Resume is Not Going to Get You Hired" reveals why this popular method of job searching will hurt a candidate's chances. Career Confidential teaches the successful strategies to get a job fast in today's tough job market. 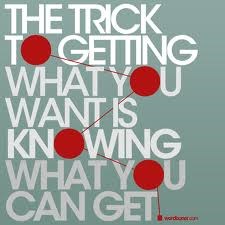 Career Confidential connects the dots to show jobseekers how to avoid wasting time with online applications to get the job of their dreams!

I’ve seen figures that say that only about five out of every 1000 online applications ever make it to the hiring manager’s desk.

How many online applications does it take to get an interview? According to the folks at Career Confidential, way too many. That’s why they have recently released this complimentary webinar to show job seekers a better way to find a job, called "Why Your Resume is Not Going to Get You Hired" on Tuesday, March 19, 2013. Details can be found here: http://careerconfidential.com/why-your-resume-is-not-going-to-get-you-hired/.

Career Confidential is a comprehensive online job search and interview resource created by CEO Peggy McKee, a nationally-known career coach. According to McKee, only a small fraction of online applications actually get to the hiring manager who should see them.

“I’ve seen figures that say that only about 5 out of every 1000 online applications ever make it to the hiring manager’s desk,” said McKee. “Even if that’s not the exact number, ask just about any job seeker how much time is spent filling out those online applications, and the answer is always ‘hours and hours.’ And then ask how often a call back is received, or get an interview from those applications, and the answer is almost always ‘never.’ It’s a real problem, because it keeps people in the job search much longer than they have to be.”

According to McKee, there are several reasons why online applications don’t result in interviews: too many people applying for one job, Applicant Tracking Systems designed to weed out all but the most ‘perfect’ candidates, and the rules of Human Resource departments. Career Confidential recent released webinar that will be live March 19, 2013 will tell job seekers how to get around all those road blocks.

“Too many job seekers think they have to follow that path of filling out those online applications over and over again, but they don’t. They can choose to go around that system. Just skip it,” says McKee. “Job seekers have more effective strategies they can use that are more successful.” The valuable information shared by McKee on March 19, 2013 in this recent released webinar will give job seekers the better way to get the attention of hiring managers.

To teach job seekers about those alternative job search strategies, McKee has created a complimentary webinar: Why Your Resume is Not Going to Get You Hired. In the webinar, McKee teaches job seekers tips and strategies for the three critical areas they need to be successful in: their resumes, how to get many interviews, and how to do well in those interviews.

“I’ve been teaching this method to job seekers for several years now, and they consistently saying that before learning this information, they had been searching for months and getting nowhere. After learning this information, they were able to get great jobs within a few weeks,” according to McKee. The secret to success is exposed in this complimentary webinar March 19, 2013.

Interested job seekers can find out more about the webinar, as well as how to register, here: http://careerconfidential.com/why-your-resume-is-not-going-to-get-you-hired/.

To view Career Confidential's other upcoming webinars, you can view a schedule of upcoming events here: http://careerconfidential.com/training-webinars/

Based in Texas, Career Confidential specializes in the techniques and tools needed for a job search to be successful. This product is a customized and proven system that gives job seekers the power they need to nail the job they want.

With the guidance of CEO Peggy McKee and CTO Carl Chapman, two nationally recognized experts in the field of job search training, Career Confidential was founded in 2009 so that the original product, The 30/60/90 Day Business Plan, could be distributed more widely among job seekers across the world. From that one product, they now offer over 30 products that teach techniques and tricks to help every job seeker to land that perfect job.