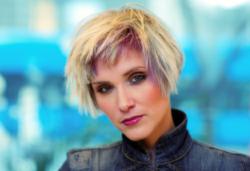 In the realm of anti aging dermatologic products, the Ageless Derma skincare company has proven their forward-thinking leadership skills once again. The company is now providing customers with an effective skin lightening cream that contains BV-OSC, a new oil-soluble form of Vitamin C discovered and patented by Barnet Products Corporation.

Ageless Derma, a Doctor Formulated skincare company, has included this special form of ascorbic acid in their Anti-Aging Intensive Skin Brightener Cream because its positive effects on the skin are multi-faceted. Not only does BV-OSC enhance skin lightening; it is also an anti-oxidant, a DNA protector, and a collagen synthesizer. With Ageless Derma’s Anti-Aging Intensive Skin Brightener Cream’s combined set of ingredients, the user not only lightens dark spots on the skin and hyperpigmentation, but also receives the added advantages of youth renewal and wrinkle reduction. The proof of how well this innovative whitening cream works lies in its clinical, scientific results.

Independent scientists reported an innovation in noninvasive photo-aging treatments using tetrahexyldecyl ascorbate (BV-OSC) in an issue of the scientific journal Dermatologic Surgery. According to this clinical research study performed, ten patients applied a form of BV-OSC to one half of the face and a non-active gel to the other half. After three months, scientists discovered a marked improvement in hydration, reduced wrinkling, and an increase in collagen on the side of the face using BV-OSC. The other facial areas using non-active gels were unaffected. Biopsies of skin treated with BV-OSC showed signs of new collagen formation, a significant breakthrough in anti-aging formulations.

Specifically, this miracle ingredient for skin lightening has been proven to reduce the synthesis of melanin (which gives our skin color) by 80%. It increases collagen production by 50% (twice as much as simple ascorbic acid can). It has effectively treated acne in 80% of patients in studies performed. BV-OSC can penetrate the skin much better than other forms of ascorbate, which is one more reason why Ageless Derma has found this ingredient to be so imperative in their Skin Brightening Cream. This product also has been shown to protect the skin’s cells better than other forms of Vitamin C against UV rays that can cause wrinkles.

Ageless Derma’s line of products focuses on anti-aging skin care. Their Intensive Skin Brightening Cream targets the skin lightening of freckles, liver spots, age spots, dark spots, and pigmentation changes due to a variety of issues such as pregnancy or the use of certain medications. The addition of BV-OSC takes this skin care cream a few steps further for Ageless Derma’s customers.

The variety of ingredients integrated into Ageless Derma’s bleaching creams include vitamins in the form of BV-OSC and Vitamin B which works well on acne, as a lightening cream, and skin protectant against UV rays. Also included is the skin brightener Alpha-Arbutin, whitening cream botanicals (Belides) derived from the daisy flower, BioWhite from plants extracts, and licorice root extracts for anti-inflammatory results.