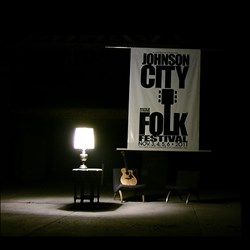 One of the best festival experiences... great acts, so much fun and so well run. Thanks, JCFF!!

The Johnson City Folk Festival was started in 2010 and is in its third year. It generally presents between 50-90 acts in four days, and has had a storied and controversial history almost from the beginning, not unlike Bonnaroo or The Boston Folk Festival. In November of 2011, after numerous venue challenges from local fire and building officials, the venue chosen was denied permits and closed at the last minute.

Within three hours a new venue had been selected, the stages, audio gear and seating moved that evening in a furious cyclone of activity and the first year's Johnson City Folk Festival was a tremendous success - 50 acts, 7,000 visitors.

Now with a new venue and outside support, an experienced staff and professional management, the Johnson City Folk Festival is looking carefully at other successful festivals such as Bonnaroo, while preparing for the 2013 season with renewed enthusiasm and purpose. A venue has been identified and will be announced in September.

This year will feature The Chet Atkins Guitar Competition, and all entrants will be asked to perform two Chet Atkins pieces - one mandatory, the other is the players choice - and one original composition influenced by Chet Atkins. There is no entry fee, and the winner will have exclusive bragging rights for one year.

Buttons from 2012Buttons were everywhere in 2012