On March 11th, The Baltimore Spectator (AF James MacArthur) plead not guilty to gun and resisting-arrest charges. His trial has been scheduled for May 8. 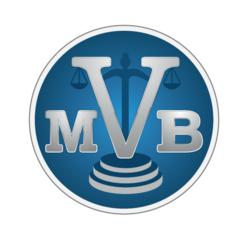 Frank James MacArthur, the blogger known as the Baltimore Spectator, could go on trial in May after pleading not guilty Monday to gun and resisting-arrest charges that have kept him in jail for months. (3)

Baltimore Lawyer, Mark Van Bavel had a scheduling conflict and was not present in court when MacArthur appeared. (3)

MacArthur is accused in connection with a December standoff as Baltimore police tried to arrest him on a probation violation charge. During the standoff, MacArthur protested his arrest on an online radio station and live-streamed his telephone discussions with a police negotiator over the Internet. (3)

On December 28th, a Baltimore circuit judge denied one of many bail requests for Mr. MacArthur. (1)

Judge Lynn K. Stewart said Frank James MacArthur posed a continuing threat to public safety and should remain jailed without bail. It was the third time that MacArthur, 37, who lives in the Waverly neighborhood, has been denied bail. (1)

On February 1st, Mr. MacArthur was joined by Mark Van Bavel at his hearing. MacArthur, also joined and represented at the time by Maryland State Delegate Jill P. Carter, was denied bail when Judge Howard stated that since MacArthur was not cooperative when police came to his house before the standoff that he is not likely to appear for his trial if he is granted bail. (2)

On Monday, MacArthur also asked to be released on bail, but was denied. The judge told him it was not possible to grant the request at an arraignment. (3)

Both district and circuit judges have already denied MacArthur bail. Van Bavel said defendants can be allowed another bail hearing if case circumstances have changed. In MacArthur's case, his probation case was closed after his arrest, and Van Bavel said he plans to ask for one more bail review because of it. (3)