RayBop's music was played over 1.5 MILLION times, worldwide in 2012, on Pandora, Spotify, Deezer, LastFM, and other music platforms combined. Releasing a BEST OF 2012 compilation album was a "no brainer" for MVB RECORDS. 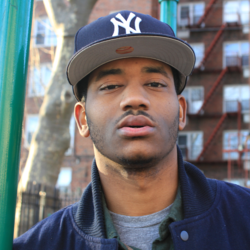 His stats however, tell a different story. RayBop's music was played over 1.5 MILLION times, worldwide, in 2012, on Pandora, Spotify, Deezer, LastFM, and many other internet radio and music subscription services.

His breakthrough underground mixtape, the Cheeseburger Wallets EP, released in August of 2012, was well received by Hip Hop blog sites, his fans, and iTunes featured the mixtape as "New and Noteworthy & Hot Indie Discovery".

"After his music sales spiked, and he reached over a MILLION listeners in late 2012, it was a no brainer that we were going to release a compilation of RayBop's most popular and best selling songs" says Sosa, owner of MVB RECORDS.

The compilation mixtape is titled "The Genesis (Best Of 2012)", and its digital copy will be available everywhere on March 12, 2013. Listeners can preview the mixtape on iTunes right now.

The Genesis (Best Of 2012)A compilation of RayBop's best selling, most blogged about, and most played songs.