Comprehensive Chromosome Screening (CCS) helps reduce multiple pregnancies and the risks that accompany them. It allows selection of high-quality embryos for transfer, which not only improves implantation rates for women, but also reduces miscarriage rates. 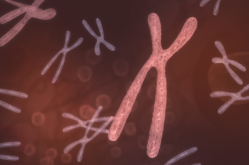 It is now possible to test all 23 pairs of chromosomes in an embryo.

As a unified team, guided by the highest ethical standards, we provide our patients with individualized and compassionate fertility care.

Comprehensive Chromosome Screening (CCS) helps reduce multiple pregnancies and the risks that accompany them. It allows selection of high-quality embryos for transfer, which not only improves implantation rates for women, but also reduces miscarriage rates.

CCS uses advanced microarray technology to test chromosomes with more than 99 percent accuracy. It allows selection of high-quality embryos for transfer, which not only improves implantation rates, but also reduces miscarriage rates. And, because CCS reliably identifies high-quality embryos, patients don't have to "hedge their bets" by having several embryos transferred at one time.

In the past, it was difficult to know which embryos were of high quality. An embryo could look fine under the microscope, but have an abnormal number of chromosomes. In fact, when researchers examine the DNA within embryos, they find that 40–90 percent of normal-appearing embryos are genetically abnormal.

Earlier types of pre-implantation genetic testing had significant shortcomings. These tests involved removal (biopsy) of cells at an early embryo stage. Sampling of single cells at an early stage was not necessarily representative of the whole embryo, and thus certain abnormalities could be missed. Early biopsy also appeared to be detrimental to the health of some embryos.

With highly sensitive CCS techniques, it is now possible to test all 23 pairs of chromosomes in an embryo at a later stage, reliably and safely learning the exact number of chromosomes. This makes it possible to identify embryos with normal genetic structure and thus select the highest-quality embryos out of a group for transfer.

How does it work at cutting-edge facilities such as the Pacific Fertility Center (PFC)? PFC reports very high pregnancy rates in its patients undergoing in vitro fertilization (IVF) using this new type of pre-implantation genetic testing.

With CCS, PFC's average implantation rates are 76 percent in women under the age of 40 and 60 percent in those older than 40. Overall, two-thirds of PFC patients receiving an embryo selected with CCS have resulted in a pregnancy confirmed by ultrasound. Improving the chances of pregnancy, reducing the risk of miscarriage, and helping to produce one healthy baby at a time, are the priorities at PFC for all patients.

About Pacific Fertility Center
Pacific Fertility Center is an international destination for male and female fertility treatment and care. It provides an extensive array of fertility treatment options ranging from intrauterine insemination (IUI), intracytoplasmic sperm injection (ICSI) and in vitro fertilization (IVF) to cutting-edge technology such as vitrification and genetic testing of embryos. For more information: http://www.pacificfertilitycenter.com.