The latest Duport Business Confidence Report for Warrington shows there was a significant rise in net company growth in the town during 2012. 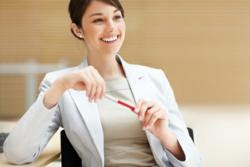 Business confidence is growing in Warrington

New research from company formation specialists, Duport.co.uk shows an 80% rise in net company growth in Warrington during 2012, almost double the UK average of 44%.

The growth in number of company registrations was also well above the UK average. There were 2,356 new companies formed in Warrington during 2012, which is a 24% rise on 2011. The UK average growth was much lower, at just 9%.

Since then, the local authority has been working on raising opportunities for the more disadvantaged areas of the town, improving neighbourhood environments and access to learning. The continued regeneration and attempts at social inclusion could be a factor in the growth in business start-ups, as more people gain the confidence and know-how to form their own companies.

“With excellent transport connections, its proximity to Manchester, Liverpool and Leeds and many ongoing regeneration projects, Warrington is an ideal place to set up a new company. 2012 saw a huge rise in company formation and net company growth - a trend which may well continue in 2013.”

The Duport Business Confidence Report for Warrington provides accurate data and statistics on the local economy of the area. More information can be found at http://www.duport.co.uk/warrington.