Non-Surgical Treatment for Life-Threatening Bowel Obstruction is a Reality 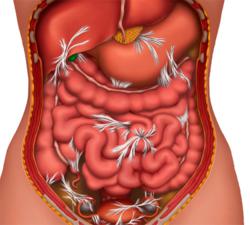 Her only nutrition was through intra-venous feeding tubes in her arms when she began the treatment. But after 29 hours of the manual treatment, she was eating normal food – even hamburger

The studies, published in the Journal of Clinical Medicine and the Journal of Palliative Care, examine the effects of the therapy on patients with severe conditions or histories, according to Dr. Amanda Rice, one of the study authors. “One patient’s intestines were totally blocked before therapy,” she said. “Her only nutrition was through intra-venous feeding tubes in her arms when she began the treatment. But after 29 hours of the manual treatment, she was eating normal food – even hamburger,” Dr. Rice noted.

“These results offer hope to people who are plagued by recurring bowel obstructions and surgeries,” said Belinda Wurn, the director at Clear Passage Physical Therapy clinics. “The ability to avoid yet another hospitalization or gut surgery in these patients represents a promising advance in bowel obstruction management and treatment.”

Bowel obstructions occur when adhesions, or internal scars, form in the small intestines (small bowel) and sometimes in the large intestines (colon). Adhesions form as the first step in healing from a surgery, infection, inflammation or trauma. Surgical bowel repair can save lives, but risks include bowel rupture, internal infection and formation of new adhesions. These create the potential for additional surgery to clear adhesions, or repair the bowel again.

Clear Passage Physical Therapy® is a network of physical therapy clinics specializing in the hands-on treatment of bowel obstruction, female infertility and chronic pain, with an additional focus on women’s health conditions such as endometriosis, pelvic and intercourse pain. Major medical journals and the public media have recognized Clear Passage for its high treatment success rates and ability to bypass the need for surgery or drugs. The group treats men and women from all over the world at its U.S. clinics; approximately 20 percent of Clear Passage patients are healthcare professionals.