Company registration in Newport reached a record high during 2012, according to figures in the latest Duport Business Confidence Report. 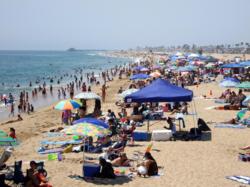 There were 794 new companies formed over the year in Newport, more than any other year on record for the city and a 13% rise on 2011.

Net company growth also rose during 2012, with the company register increasing by 283, compared to 188 the previous year. The Duport report shows that net company growth dropped to -142 at the height of the recession in 2009, but has been rising steadily ever since, suggesting the economy of Newport is on its way to recovery.

“The regeneration that has taken place in Newport in recent years is clearly attracting more and more business start-ups to the area.

“As the business landscape continues to grow and develop, the city’s economy should become stronger and more diverse, helping to protect it against future economic shocks.”

The Duport Business Confidence Report for Newport contains a wealth of data that can be used to gain an insight into the economy of the area. More information can be found at http://www.duport.co.uk/newport.