Pryce Warner International Group advise that in the wake of the dramatic losses the pound is suffering expats can ill-afford to rely on state pensions alone to provide income. 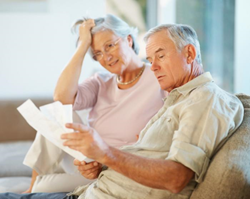 The Economic Voicehave reported that expat pensioners in Europe are seeing their monthly retirement incomes slashed by 8%.

Both these figures show how much value the pound has lost since the credit crunch, with the 2008 value of a UK state pension being €597.41.

Current forecasts for the pound show that it will fall to 1.11 against the Euro, meaning pensions could drop in value by another €60.46 over the coming year.

David Retikin, Director of Operations at Pryce Warner International Group, commented: “These figures highlight that more than ever, expats cannot rely on the UK state pension to provide them with enough income during retirement. Expats in Europe who rely solely on the UK state pension will find that the value of their pension fluctuates considerably with the exchange rate of the day. If you do not know what your pension will be worth in six months, it is virtually impossible to properly plan your finances. However, there are several means by which expats can transfer their pensions overseas, which would allow them to enjoy greater protection against dramatic currency fluctuations. As the Eurozone crisis continues to worsen, this problem is only going to get worse. Expats will become increasingly unable to support themselves on the state pension alone and must seek alternative ways in which to ensure they are able to remain solvent during retirement.”