2012 saw a drop in company registration numbers in Twickenham, according to a newly-released report from leading company formation agents, Duport.co.uk. 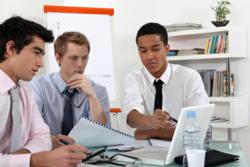 The latest Duport Business Confidence Report shows there was an 8% drop in company registrations in Twickenham during 2012.

The UK company share of Twickenham also fell during 2012, suggesting that the local economy is still feeling the effects of the economic downturn. However, the local authority has submitted an Area Action Plan to the Secretary of State, with the aim of improving the business prospects of the town centre.

The plan outlines improvements to be made to the leisure, entertainment and cultural offerings of the town, strengthening its appeal to visitors and creating a vibrant night time economy. It also seeks to improve local shopping facilities, encouraging more independent and niche retailers to set up there. It is hoped than an improved public realm will help attract new business to the area.

“Our latest report seems to show Twickenham is struggling to overcome the challenges thrown up by the economic downturn.

“However, the planned improvements to the town centre should help to attract both visitors and businesses. If the town can make the most of its assets, such as proximity to central London and an affluent population, the local economy could well pick up in the near future.”

The Duport Business Confidence Report for Twickenham contains detailed, accurate data that gives an insight into the local business landscape. More information and statistics can be found at http://www.duport.co.uk/twickenham.