According to court documents, on February 19th, 2013, a New Jersey resident filed a lawsuit in Louisiana Western District Court alleging he suffered bladder cancer from Actos. In light of these news, AttorneyOne, a recognized authority on law, informs that they are now providing advice, including how to get in contact with legal counsel, to people potentially affected by Actos side effects. http://www.attorneyone.com/actos-lawsuit/ 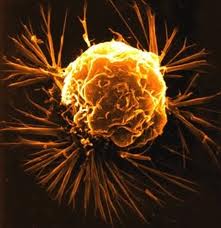 AttorneyOne.com, a recognized authority on law, updated the website recently and they are now actively providing expert opinion, taking into consideration the recent news on Actos Lawsuit.

According to court documents, on February 19th, 2013, a New Jersey resident filed a lawsuit in Louisiana Western District Court alleging he suffered bladder cancer from Actos (case no. 6:2013cv00356). Actos is a type 2 diabetes drug, manufactured by Takeda Pharmaceutical Industries Limited and promoted as decreasing insulin resistance. In the lawsuit, plaintiff claims he used the drug from 2009 to 2011, and in 2011 he was diagnosed with bladder cancer.

Another lawsuit was filed on December 18th, 2012, by a Florida resident in Louisiana Western District Court (case no. 6:2012cv03112) alleging he suffered bladder cancer from Actos.

Findings of the study published on September 4th, 2012, in the Canadian Medical Association Journal, revealed that Actos (pioglitazone) is associated with an increased risk of bladder cancer among adults with type 2 diabetes.

Taking into consideration the latest developments, AttorneyOne.com updated the website and, now, can actively provide an expert opinion including how to get in contact with legal counsel easily and inexpensively in case of alleged Actos severe complications. Sean Burke, director of Media Relations for AttorneyOne.com, adds that the relevant information illustrates that people continue to file Actos lawsuits. "For that reason", he continues, "our focus should squarely fall on getting the word out and assisting people in finding the right legal assistance.”

On August 17th, 2012, the U.S. Food and Drug Administration announced it approved the first generic version of Actos (pioglitazone hydrochloride) tablets. The product label notes that the use of pioglitazone for more than one year may be associated with an increased risk of bladder cancer.

AttorneyOne.com has further information on Actos lawsuits including how to get in contact with legal counsel.

Headquartered in San Diego, CA Attorney One was founded in 2004 and is not a law firm. They offer a nationwide legal service which helps consumers find the best representation for their legal needs. You can learn more about Attorney One at our website http://www.attorneyone.com. You can also find us on Facebook at http://www.facebook.com/AttorneyOne. Checkout earlier news from us at http://www.prweb.com/releases/2013/2/prweb10479121.htm