The long debated question of do Apple computers really need antivirus or security software has finally made it in to the conversation. MacWorld 2013 is the perfect place to get some answers from the makers of the security, cleaning and optimization software called MacKeeper. 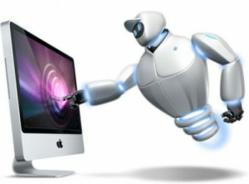 Protecting personal data online seems to be harder than ever these days. Experts are seeing more creative ways for cyber criminals to gain access to personal data.

Macworld is famous among the masses of Apple fans and those who are interested in Apple's products such as the iPhone, iPad and the famed Macintosh Computers. From January 31st to February 2nd, an estimated 40 thousand plus visitors make the pilgrimage each year to what is billed as one of the world's largest tech events. MacWorld is more than just your average trade show and has long been the top destination for tech companies to launch new products and services and present them to the public.

One of the only exhibitors targeting cyber security for Apple at the MacWorld | iWorld 2013 was the popular bundled software MacKeeper. The booth also included several members of the development team to answer advanced questions about the inner workings of the application from a far more technical point of view. It was one year ago at MacWorld 2012 when MacKeeper officially launched a fully revised version of the bundled application that took over two years to develop and implement more than 170 improvements.

“Many of the visitors at MacWorld are highly advanced Mac users and tech professionals who eat, sleep and breathe technology for a living and they can ask some challenging and complicated questions, but we enjoy hearing how people use our software to manage and protect their data. Almost everyone on our team is an Apple Certified Support Professional, so we are well prepared,” says Sana Paul a MacKeeper representative.

Protecting personal data online seems to be harder than ever these days. Although little has changed with the MacKeeper application since last year's product launch, the cyber landscape has changed and this makes MacKeeper's internet security feature more necessary than ever. Just a few years ago Apple held only a minor 4-5 percent of the computer market share, but today that number is estimated as high as 12 percent. That means the number of threats and vulnerabilities have increased and will continue to be an issue for a long time to come. Many members of the Mac community have long dismissed claims of a virus or serious malware threat for the Macintosh operating system, but those days are gone and now security experts are finally realizing that users need a security software for Macs.

MacKeeper's Virus Database received 99.2 percent rating from the VB100 antivirus rating agency in December 2012 and combined with a sophisticated real-time web protection. It is a good first line of defense. It is a fact that cyber criminals will attack any operating system with valuable information and this means more and more personal machines will targeted.

“We are seeing more creative ways for cyber criminals to gain access to machines and this is big problem because users are installing what they believe is an update of a program they trust and in reality they just compromised their system. MacWorld is a perfect place to meet with the key users from the Apple community and discuss the future of cyber security on the Mac OS,” says Dima Kozachok a Communications Manager from the MacKeeper team.

To many attendees and vendors, Macworld 2013 seemed to be more targeted and focused on the serious issues facing Apple users and less on the glitz and glamor of previous years. MacKeeper was the only internet security company in attendance and although it may seem like the software is nothing more than a simple antivirus, there is much more to this application than meets the eye. There are a total of 16 utilities that range from file recovery, data encryption, anti theft and a complete range of data management tools.

Check out the official MacKeeper website for more information: http://www.mackeeper.com.