Pryce Warner International Group advise that an increasing number of UK citizens are moving their pension pots abroad due to the actions of the UK government. 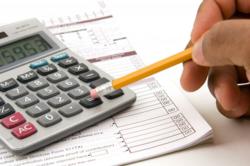 expatsare very keen to move their pension assets outside the UK whenever possible.

Pryce Warner International – PensionAge report that more and more British people approaching retirement are opting to transfer their pension pots outside of the UK.

The principal reason for this is to protect them against policies being enacted by the Bank of England (BoE).

One such policy is quantitative easing, which has pushed annuity levels to record lows. Many overseas pension schemes, like QROPS, do not require individuals to purchase an annuity.

David Retikin, Director of Operations at Pryce Warner International Group, commented: “We believe there are several reasons behind this increase. Some may be wary of annuity levels, others may recognise that quantitative easing has also slashed the value of pension rates through its impact on bonds. But most people are principally concerned about the general uncertainty of the UK economy, and are looking to set up pension plans that are better shielded from national economic instability. We are also seeing the UK government scrapping benefits, cutting tax breaks and tax-free allowances for people in retirement age. These factors are making expats, and soon-to-be expats, very keen to move their pension assets outside the UK whenever possible.”