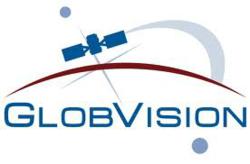 The NEOSSat (Near-Earth Object Surveillance Satellite) mission, a collaboration between the Canadian Space Agency (CSA) and Defence Research and Development Canada (DRDC), launched on Monday February 25th, 2013 as Canada’s Sentinel in the sky, is the world’s first space-based telescope that will search the sky near the Sun to discover and track near-Earth asteroids that may pass or even hit our planet. NEOSSat will also serve as a high Earth orbit surveillance system to identify and track Resident Space Objects like other satellites and space debris.

GlobVision is providing the Canadian Space Agency (CSA) with RSS-GeMS (Real-time Spacecraft Simulator for the Generic Multi-mission Micro-satellite Bus), as well as the first instance of RSS-GeMS, which is an end-to-end simulator for the NEOSSat mission. The goal of the NEOSSat simulator is to behave as a ground-based software replica of the actual in-orbit NEOSSat. Therefore, GlobVision has designed and developed the NEOSSat simulator such that it can be commanded by NEOSSat users and operators in exactly the same way that they would be commanding the actual spacecraft. GlobVision built the NEOSSat simulator to run a copy of the actual spacecraft’s on-board flight software, including the Command & Data Handling (C&DH) and Attitude Determination and Control Subsystem (ADCS) algorithms. Moreover, the NEOSSat simulator has a two-way communication interface with ITOS (Integrated Test and Operations System) software used for spacecraft commanding and telemetry monitoring. This simulator will play a crucial role in testing NEOSSat’s behavior during critical and high-risk operational scenarios.

Under a related contract with DRDC, GlobVision has successfully completed the development of a fully automated mission planning system (MPS) with high modularity and scalability that can autonomously handle the scheduling of NEOSSat’s daily observation tasks. The automated MPS allows scientists and military commanders to submit observation requests without the need to understand the detailed timelines for executing spacecraft or payload commands, and precludes them from commanding the spacecraft and its payload in an inadmissible/unsafe manner. The web based MPS will first intelligently generate an optimized schedule to carry out the submitted observation requests for the day within NEOSSat’s operational and environmental constraints. Then, it will automatically translate the optimized schedule to a sequence of payload/spacecraft commands that can be understood by NEOSSat’s on-board computer and flight software. Finally, the MPS automatically sends the translated time-based commands to the Mission Operations Center (MOC) for final upload to the in-orbit spacecraft through NEOSSat’s ground station antennas. On the downlink chain, the MPS will handle the images taken by NEOSSat from various locations in the sky (and downlinked to the MOC) and automatically returns them via the web interface to the user that requested them. MPS will additionally generate the different ground station and orbital reports required by the MOC team for their operations.

GlobVision is proud to have made important contributions to the world’s first space telescope designed to detect and track asteroids as well as satellites.