Foundation Financial Group has announced the promotion of Raymond Drohan to Executive Vice President of Sales. Drohan is based out of the company’s Atlanta Regional Sales Center, located at 100 Galleria Pkwy, Suite 1400 in Atlanta, Georgia. 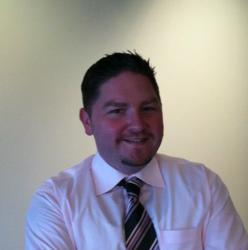 Ray has been an invaluable asset to our Atlanta mortgage division.

Foundation Financial Group has announced the promotion of Raymond Drohan to Executive Vice President of Sales. Drohan is based out of the company’s Atlanta Regional Sales Center, located at 100 Galleria Pkwy, Suite 1400 in Atlanta, Georgia.

“Ray has been an invaluable asset to our Atlanta mortgage division,” said Foundation Financial Group CEO Mark Boyer. “His work ethic and dedication are unmatched, and his ability to rally his employees around him ensures success for the group. I am confident that in his new role, Ray will increase the performance of his team and the corporate footprint of FFG.”

Drohan grew up in Sunrise, Florida before pursuing his education and career. He graduated in 1999 from the University of Florida with a Bachelors of Arts in Sociology. He has been with Foundation Financial Group since 2004. During his FFG career, Drohan has been promoted multiple times and recognized for numerous awards. Foundation Financial Group honors the single top performer at each position within the corporation and rewards excellence in sales leadership and management with a Cornerstone award. Drohan has earned two Cornerstone Awards and received recognition for being the top Division General Manager in 2012 as well as 2011. He was also recognized for Excellence in Executive Management in 2007.

“I am deeply honored to be given this opportunity,” said Drohan. “It is a testament to the wonderful people that I have had the pleasure of working with daily; partnering with and growing alongside to achieve success. I’m excited about my new role and how through it, I will continue to grow the business and do my part to make FFG the biggest and best financial services company in the world.”

In his spare time, Drohan volunteers with St. Francis House, Books for Africa, Make a Wish Foundation, Kicks for Causes, Project Linus and Must Ministries.

About Foundation Financial Group
Foundation Financial Group is a multibillion dollar financial services corporation. FFG offers its customers Best in Class service through its Insurance, Retirement and Mortgage Services. Named one of the fastest growing financial companies in the country by INC magazine, FFG has continued to grow its nationwide presence with over 100,000 new customers per year in 39 states. In addition to the value that Foundation Financial provides every customer, it is also dedicated to its communities and the people who live in them. Through a vast array of philanthropic endeavors the company not only provides significant monetary donations but also fosters a workforce environment that encourages all team members to personally make a difference. Foundation Financial is committed to its strong focus on customer service and community investment as it continues to grow and compete with the largest financial institutions in the world.