Connective Parenting Announces the Do's and Don’ts of Power Struggles: What Parents Need to Know to Regain Peace

Parenting is often a battle of wills with chaos and fighting taking up far more time than peace and quiet. Instead of using more and more control, the answer is found in the opposite direction. 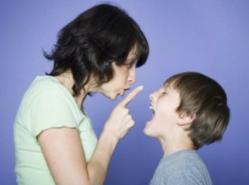 Attempting to stop the child’s behavior with a power struggle shows disrespect for the child’s intention and asks the child to be the grown-up first.

A parenting power struggle is a fight to the finish when the parent and child are both out to win, says Bonnie Harris director of Connective Parenting. Most parents believe they are right because, after all, they’re the parent. If the parent wins, the child must lose.

Fear is what fuels the parent’s need to win, says Harris. And fear feeds the ego. When fear takes over, parents make mistakes they regret. A child becomes defiant and the parent sees unending disobedience and incompetent parenting. It becomes about the future instead of the behavior. The parent takes the defiance personally and reacts emotionally.

However, in the moment of the defiance, the parent does have a choice even though he may feel trapped and out of control. He can react or not. There is no power struggle when the parent chooses not to engage. The parent must let go of ego if non-engagement is the choice.

Letting go of ego means a shift in perception of the behavior. Instead of seeing the child as being a problem, it requires seeing that she is having a problem, claims Connective Parenting. With that shift, emotions switch automatically from anger to compassion. In that space, the parent no longer feels the need to fight.

Here are some tips to keep in mind:

When the child feels accepted for his desires, cooperation is more likely even when he can’t have what he wants. Resistance is his way of saying that he doesn’t like being told what to do. Some children are more sensitive to that than others.

Attempting to stop the child’s behavior with a power struggle shows disrespect for the child’s intention and asks the child to be the grown-up first.

About Connective Parenting:
Bonnie Harris, M.S.Ed., parent educator for 25 years, founded Connective Parenting in 2003 with the release of her first book, "When Your Kids Push Your Buttons". Connective Parenting is based on principles, found in her second book, "Confident Parents, Remarkable Kids: 8 Principles for Raising Kids You'll Love to Live With," that focus on the child's strengths rather than inadequacies while creating a balance between the child's needs and the parent's. Harris teaches parenting workshops, professional trainings and gives speaking engagements internationally. For more information, call 603 924-6639 or visit http://www.connectiveparenting.com.