A groundbreaking new edition of Shaken Faith Syndrome: Strengthening One’s Testimony in the Face of Criticism and Doubt, brings exciting insights to those who are struggling with their faith. The Foundation for Apologetic Information and Research (FAIR) announces release of the second edition of this book by Michael R. Ash. 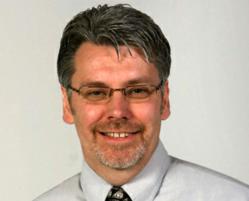 As attacks against of the Church of Jesus Christ of Latter-day Saints are becoming more pervasive, members and investigators of the Church are finding an increasing need for answers to troubling questions.

The Foundation for Apologetic Information and Research (FAIR) has announced the release of the second edition of Shaken Faith Syndrome: Strengthening One’s Testimony in the Face of Criticism and Doubt. Author Michael R. Ash, a veteran member of FAIR, released the first edition of Shaken Faith Syndrome in 2008 as a source for Mormons who were struggling with their faith because of LDS-critical claims. Ash said, “As attacks against the Church of Jesus Christ of Latter-day Saints are becoming more pervasive, members and investigators of the Church are finding an increasing need for answers to troubling questions.” He added, “I frequently receive emails from distraught members who were on the verge of abandoning their faith. Thankfully my book was helpful in resuscitating their religious convictions.”

The second edition of Ash’s widely popular book includes more than 50 additional pages of material that includes highlights from scholarly studies that support the Book of Mormon and Book of Abraham, more discussion on the emotional and mental distress that frequently accompanies faith-based challenges, and a brand new chapter on race issues and the Church. The new edition also includes more discussion on DNA science and archaeology and how they relate to Book of Mormon studies, as well a vastly improved index for helping readers locate specific topics.

Divided into two sections, the first half of Shaken Faith Syndrome engages the turmoil members might experience when they discover claims that seem to challenge their core beliefs. This first section also presents basic and important principles that can be utilized by struggling members in their quest to understand such discoveries in light of modern scholarship, science, and their own religious convictions.

The second half of Shaken Faith Syndrome incorporates the principles outlined in the first half of the book and addresses seventeen specific categories of LDS-critical accusations and includes over eighty sub-topics within those categories. Topics such as Book of Mormon anachronisms, Joseph Smith’s First Vision, Plural Marriage, Lamanite Identity, the Temple and Masonry, and more are all covered within the second half of this book.

FAIR President Scott Gordon commented, “For struggling members, or family and friends of struggling members, this is the ‘go-to’ book for understanding the emotional turmoil that accompanies testimony-damage, and providing answers and resources to assuage the doubts which may impede faith.”

FAIR is a non-profit organization dedicated to providing well-documented answers to criticisms of LDS doctrine, belief and practice. Along with the FAIR Wiki, FAIR also sponsors a website that includes answers to difficult questions. FAIR has an “Ask the Apologist” option where people can pose questions to apologists and FAIR also sponsors MormonVoices which responds to public discussions and comments from public figures that misrepresent The Church of Jesus Christ of Latter-day Saints.