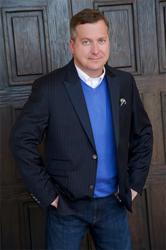 We’re screaming for our leaders to come together, to find commonsense solutions that work and it’s just not happening. I want to start a loud discussion and speak for change – real change that makes sense to most of us.

Only 34% of U.S. voters believe our country is on the right track. This, according to a freshly released Rasmussen Report indicates the majority of Americans are admittedly unsure about the nation’s future. Recognizing an overwhelming need for a different voice to break down the most tenacious issues and discuss workable solutions, prominent trial attorney, Ted Corless, is launching his own airwave revolution, News Munchies. The kick-off of News Munchies brings with it an innovative kind of radio show promising provocative, non-partisan, and always-educational talk programming every Sunday from 12-1pm EST on 970WFLA and iHeart Radio.

Ted Corless is deeply concerned about our country’s future. As a trial lawyer who spent nearly two decades defending some of what he calls “The meanest, nastiest multinational corporations in the world,” like Big Tobacco, Big Oil and Big Insurance, Ted experienced a side of America that shifted his life focus.

He recently launched News Munchies to fill the gap in news coverage exacerbated by partisanship. “I just can’t believe how polarized we’ve become as a nation,” says Ted. “We’re screaming for our leaders to come together, to find commonsense solutions that work and it’s just not happening. I want to start a loud discussion and speak for change – real change that makes sense to most of us.” Ted wholeheartedly believes Americans can get past the political iron curtain to build a better America. For him, no topic is too heady or taboo to tackle.

News Munchies focuses on everything from politics and social issues to gun control and his intriguing “WTF Candidate” segment, a dishonor given to an individual who schemes, screams, and whose ideas are often so baseless they leave people scratching their heads thinking, “WTF?” On his innovative program, Ted presents an opening monologue, thoughtfully discusses current events and engages in a dialogue with subject matter experts and show callers while remaining true to his socially moderate, fiscally conservative platform. Ted’s honeyed voice coupled with his astute analysis of all things cultural, economic, political, religious, and environmental has listeners craving for a supersized version. Ted reveals, “We’ve reimagined the radio show platform to reflect my open and honest character and to celebrate genuine problem-solving.”

In Ted, listeners discover an intelligent host with a forthright personality. He’s open and enthusiastic about examining every angle. “I want to corral as many people who disagree with me as possible to examine an issue without a specific partisan filter,” he says. News Munchies is built to propel action forward and keep audiences salivating for more.

Ted sees that Americans are frustrated with party politics. For far too long, America has defined itself in exclusive terms such as “We the parties” rather than the more constitutionally correct “We the people.” And Ted believes “We can do better.” He is looking for a party that represents what is great about America, which includes individuals who can come together to work on real solutions.

“The issues we face as a society cannot be solved by drawing a hard line. They can only be solved when smart leaders come together and realize common sense must prevail. We are sick of partisanship and we want to see change that makes us a stronger nation and not a punch-line on Letterman.”

MEDIA OPPORTUNITIES: Ted Corless is available for bookings as a political and legal contributor for local and national interviews. He is saucy, dynamic, controversial in all the right ways, and a natural problem-solver. Contact Julie Robbins at julie@ideaworkscreate.com or at (813) 448-7717.

About Ted Corless and News Munchies.com:
Ted spent nearly two decades representing the world’s Big Tobacco, Big Oil, and Big Insurance companies before he formed his own firm, Corless Barfield Trial Group in Tampa, FL. He uses his inside track knowledge of the insurance industry to sue insurance companies on behalf of aggrieved policyholder clients in first-party property insurance disputes, including cases involving the perils associated with sinkhole, windstorm, fire, and blasting activities. Importantly, Ted continues to spend time in the legal trenches working for marginalized people, including those living in poverty. In his recently launched news talk radio show, News Munchies on 970 WFLA and iHeart Radio, Ted utilizes his rich oratory skills and political and legal prowess to affect change to help people get informed to get over it, e.g., find solutions without getting bogged down by political rhetoric. Ted’s forthright personality combined with his intelligence is the perfect combination for titillating discussions that propel action forward and keep audiences salivating for more. Ted makes no apologies for being a foot soldier in today’s revolution – ready to fight for what is right about America. For more information, visit http://www.newsmunchies.com.