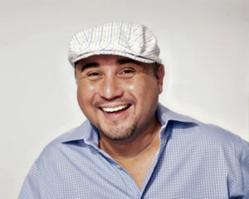 These impactful yet short island cooking tips and video demonstrations, will now be digitally showcased more efficiently, and be easily accessible to our audience worldwide, for any home kitchen

CookingHawaiianStyle.com is a leading food and recipe-sharing site, which has successfully attracted a global reach of over 1 Million followers.

To build upon this rapid growth, top Hawaiian Chefs and celebrities will demonstrate short Hawaiian cooking tips and techniques through contemporary how-to video tutorials. These short videos will be the ideal compliment to the site’s daily recipe listings, and recipe-sharing platform, further engaging it's audience.

The all-star lineup extends beyond the cast with an award-winning Director Kai Bovaird (known for his special effects work in blockbuster hits including The Matrix, Pirates of the Caribbean, X-Men) and one of the most sought after Directors of Photography, Ruben Carillo (won numerous awards Best Short Film at the Hawaii International Film Festival, Mana I Ka Leo. His photography has been seen in magazines across the globe and he has an image at the Smithsonian for his work with the Merrie Monarch Festival) and Assistant Director Dawn Kaniaupio (Executive Producer, Writer of award winning film Mana I Ka Leo).

Cooking Hawaiian Style is releasing the first six episodes of the series as follows: