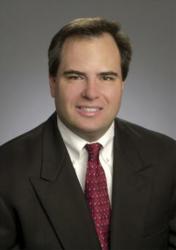 If Americans like dramatically rising gasoline prices and rapidly rising electricity prices, they are going to love Gina McCarthy.

The following statements from environment policy experts at The Heartland Institute – a free-market think tank – may be used for attribution. For more comments, refer to the contact information below. To book a Heartland guest on your program, please contact Director of Communications Jim Lakely at jlakely(at)heartland(dot)org and 312/377-4000 or (cell) 312/731-9364.

“Gina McCarthy has a long history of demonizing affordable energy and doing everything possible to shut it down. She also has a long history of making up fictitious facts to support her anti-energy ideology. McCarthy’s number-one priority at EPA will be enacting unprecedented restrictions on energy production and use that will further drive up energy prices. If Americans like dramatically rising gasoline prices and rapidly rising electricity prices, they are going to love Gina McCarthy.”

“Germany, England, and several other countries have led the way in solar and wind power. The results are grim: skyrocketing electrical costs for consumers, energy poverty, and totally unreliable electricity systems that are kept working only by relying on fossil fuel plants or hydroelectric. By appointing Gina McCarthy as head of the EPA, the administration is demonstrating it does not care about the economic future of our children and grandchildren.

“During litigation on the EPA’s claim that carbon dioxide and other greenhouse gases endanger public health, the attorney for the EPA, introduced as the technical expert, falsely asserted to the Court that the climate models used are valid. The models have never been validated and are failing miserably. The Earth stopped warming over a decade ago, contradicting the models. The models are also contradicted by the characteristics of late twentieth-century warming.

“Under Ms. McCarthy we can expect further deterioration of American science as the EPA ignores scientific facts that do not support its political agenda.”

“Gina McCarthy, President Obama’s pick to succeed Lisa Jackson as head of the EPA, is poised to give rise to unprecedented increases in food prices in America.

“Someone should let Obama and McCarthy know that John Deere doesn’t have the electric or solar-powered tractor on the drawing board. It turns out the battery for such a tractor would be larger than the tractor itself and would have to be recharged on an hourly basis. One might as well try inventing an electric airplane. Let’s face it, some mechanical devices are simply destined by the laws of physics to make use of fossil fuel.

“Let’s all hope and pray that Gina McCarthy quietly rides out her term at EPA and that she doesn’t make any serious attempt to achieve politically what science dictates is physically impossible.”

“America has enormous reserves of oil, natural gas, and coal. They represent an opportunity to turn around an anemic economy, provide hundreds of thousands of jobs in the energy sector as well as manufacturing. Releasing those reserves to extraction and use would lower the costs of transportation, the provision of electrical power, and ripple through the entire life of the nation. However, the president has signaled that his administration’s anti-energy and anti-growth agenda will continue with the appointment of EPA Assistant Administrator Gina McCarthy to be the next director.

“The time has long since passed when the EPA should have been reined in by Congress for the damage it has done with a torrent of increased regulations and its advocacy of laws that have no basis in science.”