Retired NFL Punter Craig Hentrich will be coaching at the 2013 Husted Kicking Pro Kicking Camp being held in Boca Raton, FL, from March 9-14, 2013 according to kicking coach Michael Husted. 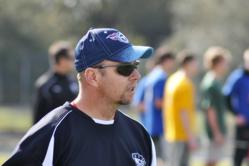 How these young men perform under the pressure of charting, intense competition, and in front of Pro scouts will go a long way in preparing them for a possible life in the NFL. Craig Hentrich.

Retired NFL Punter Craig Hentrich, of Legacy Kicking, will be coaching at the 2013 Husted Kicking Pro Kicking Camp to be held in Boca Raton, FL, from March 9-14, 2013 according to kicking coach Michael Husted.

“I am looking forward to sharing my knowledge and experience with the next generation of NFL punters and kickers at the Pro Camp,” says Hentrich. “How these young men perform under the pressure of charting, intense competition, and in front of Pro scouts will go a long way in preparing them for a possible life in the NFL. I know it will be a great experience for all of us.”

Hentrich was drafted by the New York Jets but soon signed with the Green Bay Packers, where he began his stellar 17-year NFL career.

In Green Bay, he served in a variety of positions—punter, holder, place kicker, and kick-off specialist—helping the team achieve a world championship in Super Bowl XXXI and setting the Packers record—which still stands—for gross punt average in a single season.

Hentrich then signed with the Tennessee Oilers (later renamed the Tennessee Titans) in 1998, where he remained for the rest of his career. A true weapon as a punter, he also filled a variety of other roles with the Titans, including those of holder, kick-off specialist, place kicker and even quarterback on the occasional fake punt.

During the course of his career, Hentrich played in 241 games, tied for fifth in NFL history among punters. His 1,150 career punts are tied for seventh place in NFL history. One of the league’s top specialists in terms of ball placement, his career 36.8-yard net average ranks 10th in the NFL in the 33 seasons the statistic has been tracked.

Likewise, his total of 34.7 percent of punts placed inside the 20 yard line ranks second all-time in league history. He earned two Pro Bowl honors, played in three Super Bowls including one Championship, and his teams reached the playoffs in 10 of his 16 playing seasons. He is one of only two players in NFL history to record 100 postseason punts.

Michael Husted, who kicked in the NFL for nine years, started this Pro Camp with retired NFL punter Louie Aguiar. However Aguiar has recently been hired as an Assistant Special Teams Coach with the New York Jets and will not be part of this years’ camp.

Husted says the Husted Kicking Pro Camp is the place for those free agent kicking specialists, not invited to the NFL Combine, to be seen by NFL scouts and pro staff. And for those kicking specialists still in college, Husted says it means the chance to receive instruction and guidance from some of the best coaches in the nation such as Craig Hentrich.