Garden State Securities is pleased to announce that Karl Snyder has joined the firm as their new Chief Market Strategist. 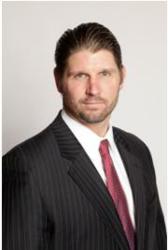 Garden State Securities is pleased to announce that Karl Snyder has joined the firm as their new Chief Market Strategist. Karl comes to GSS with over 12 years of financial industry experience holding his series 66 and 7 licenses as well as being a series 86/87 licensed research analyst. Karl holds the Chartered Market Technician designation and is a member of the Market Technicians Association.

Karl started his financial career as a Registered Investment Advisor with American Express Financial Advisors. Prior to joining GSS, Mr. Snyder worked for several boutique firms as a Registered Investment Advisor; it is here where he began his study of technical analysis to oversee client portfolios within capital markets. He focuses on intermarket analysis with an emphasis on sector rotation and the impact on the financial markets.

Mr. Snyder lives in Easton, Pennsylvania with his wife and three children. He is an avid runner, having completed four marathons and is currently training for his fifth. Karl is an active member of the Marine Corps League and participates in the College Hill Neighborhood Association.