"Fire and Ice Extravaganza" will take place on Buffalo waterfront. 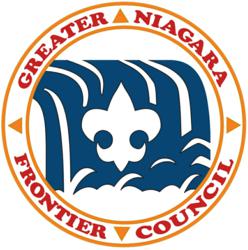 "I am honored to once again Chair this great event to support Scouting in Western New York.”

The Fire and Ice Committee of the Greater Niagara Frontier Council (GNFC) is once again running its stunning and exciting fundraising event. The "Fire and Ice" concept is a theme that has been extremely successful in the past. Eagle Scout and local personal injury attorney William Mattar has once again been named Chair of this year’s event.

The "Fire and Ice Extravaganza" will be held March 14, 2013. Local Boy Scouts of America (BSA) members and attendees will join together for an evening of music, entertainment, and delicious food. Those participating will be able to relax in an informal environment and celebrate Western New York Scouting. Anyone interested in Scouting or past Scouts should consider attending this event.

The Fire and Ice event is the Council’s second largest yearly fundraising event, with proceeds to support the Boy Scouts of America. Scouting has worked to build a foundation of leadership, service and community for our youth. Since the GNFC began, more than one million young people from WNY have participated in their programs aimed at introducing Scouting to tomorrow’s leaders. More information about this event and Scouting in Western New York can be found by visiting http://www.wnyscouting.org/events

About the Boy Scouts of America

The Boy Scouts of America is one of the nation’s largest and most prominent values-based youth development organizations. The mission of the BSA is to prepare young people to make ethical and moral choices over their lifetimes by instilling in them the values of the Scout Oath and Law. Visit http://www.wnyscouting.org/events to learn more about the Boy Scouts’ Greater Niagara Frontier Council.

About the Fire and Ice Chair, William Mattar

William Mattar has been a leader in the community for years and has helped many local organizations. He is the President of the Village Preservation Foundation, and past President of the Williamsville Business & Professional Association and past President of Amherst Kiwanis Club. He is also active in his church and supports WNY Scouting. In 1990, he founded William Mattar Law Offices, and as an attorney he represents individuals injured in motor vehicle accidents across NY State, including the Buffalo, Rochester, Syracuse, Utica and Albany areas. The law firm William Mattar is well-known for its phrase "Hurt in a car, call William Mattar" and catchy phone number, 444-4444. To learn more visit WilliamMattar.com.