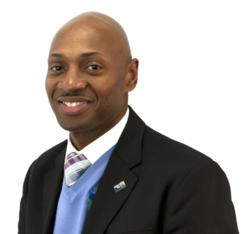 Dion Banks, Director of Governmental Affairs for Cambridge International, testified to the Maryland Senate Finance Committee today, March 5, 2013, on the benefits of the Renewable Energy Portfolio Standard regarding wood- and plant-derived biomass systems.

Banks’ testimony supports the bill – SB 797 – which would expand the portfolio to award credits for the use of thermal biomass energy, generating electricity through Combined-Heat-and-Power (CHP) Technologies, resulting in reduced operational costs for businesses.

According to Banks, by expanding the portfolio to include these alternative energy technologies, the state could gain valuable employment opportunities in a range of areas, as well as becoming a hub for deployment all along the Atlantic.

“Ultimately, Maryland is well poised to improve its energy landscape by putting to use the abundance of wood resources that are currently produced but not utilized,” says Banks, “and in doing so would capture the long-term benefits of cheaper energy while keeping fuel expenditures local, creating jobs, and improving our forested environment.”

In particular, Banks focuses on the role Cambridge International can play in growing the renewable energy sector and offering resources to Maryland that can support installation and construction of full scale biomass gasification plants.

With a heritage that dates back to 1911, Cambridge International is a global industry leader, expanding to include three distinct divisions – Cambridge Engineered Solutions, Cambridge Architectural, and Cambridge Environmental Technologies. Based on Maryland’s Eastern Shore, with five manufacturing locations around the world, the company is recognized as a pioneer in engineering and manufacturing. Employing over 400 team members, Cambridge is actively growing and expanding as it continues to develop innovative product solutions to help its customers, and are thusly poised to evolve and grow into the next century.