NHL club and one of the country's leading lenders form partnership. 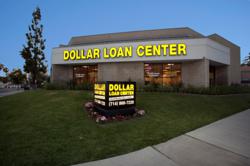 The Anaheim Ducks today announced that the National Hockey League (NHL) club has signed a partnership agreement with Dollar Loan Center, one of the nation’s leading short-term lenders since 1998.

As part of the agreement, Dollar Loan Center will be the Game Night Presenting Sponsor for the Ducks-Kings game on Sunday, Apr. 7. In addition, Dollar Loan Center will receive prominent in-game promotion for select regular season games, all-event appearances on the Honda Center LED rings, StadiumVision, the Katella and 57 Freeway Marquees, and on Ducks television and radio broadcasts. The Ducks will also partner with Dollar Loan Center on social media promotions through AnaheimDucks.com and the team’s Twitter and Facebook accounts.

“Dollar Loan Center is proud to support Anaheim’s hometown team, the Ducks,” said Dollar Loan Center’s Founder and President Chuck Brennan. “We look forward to a great season this year and will be supporting them every step of the way.”

Dollar Loan Center opened its first location in Las Vegas in 1998 and has since grown to over 80 locations in Nevada, South Dakota, Utah and most recently, California. The first California location opened its doors in Anaheim on April 30, 2012 and in just 8 months, 23 locations went up from Hawthorne to Mission Hills, 8 of which were opened in ONE DAY. Dollar Loan Center’s Anaheim stores are located at 501 W. Lincoln Avenue and 2995 E. White Star Avenue.

Dollar Loan Center offers Signature Loans of $2,500 to California residents requiring no collateral and with no origination or application fees. They also offer the convenience of getting fully funded online at http://www.dontbebroke.com.

Chuck Brennan, his family, and dedicated team support dozens of non-profit organizations giving an average of $500,000 to charities including Opportunity Village, Make-a-Wish and St. Jude Children’s Research Hospital, to name a few, as well as the recently launched $3 million commitment to the Brennan Rock & Roll Academy, a partnership with the Boys & Girls Club in his hometown of Sioux Falls, South Dakota.

The award-winning company has been named a “Best Place To Work” and takes great pride in creating a positive team atmosphere at each of its locations.