An in-depth study of a well-run incentive travel programme provides compelling evidence that the impact and value of incentive travel reaches well beyond the event itself, says Full Circle Motivation Director, Victor Tardieu. 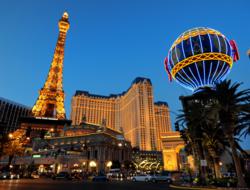 The impact and value of incentive travel programmes reach well beyond the event itself.

The study, which was funded by the Incentive Research Foundation, examined the effects of an established incentive travel programme that had been run by a large company for 18 years.

Five core elements were identified as essential to the success of the ITP. The earning and selection criteria had been linked clearly to business objectives; clear communication about the programme and the progress participants were making toward achieving their goals was practised; excitement amongst participants was enhanced by sourcing desirable locations; key managers and executives presided over the programme, taking an interest in individual performances and attending the programme as “hosts”; and, finally, detailed records were kept chronicling the productivity of incentive travel programme earners and their personal contributions to the firm’s financial performance.

With these essentials in place, the effects of the programme were found to be enduring and powerfully positive on employee morale, company performance and the ITP destinations themselves. Of those who had earned an ITP reward, 88.5 per cent scored top performance metrics compared to just 31.2 per cent of those who had not competed.

The firm’s most talented employees were also strongly motivated to continue performing optimally and to remain loyal to the company – a majority of the reward earners had tenure of at least four years. Moreover, the benefits extended well beyond the three-day programme, with participants checking their rankings on a monthly basis and reporting heightened morale thanks to the programme.

This study gives confirmation, if any were needed, of the position of incentive travel as a powerful motivator. It works so well not only because it is highly desirable but also because an incentive trip experienced in advance can be nearly as exciting as the trip itself. But Tardieu adds “it doesn’t work in isolation. A well-structured programme has to be built around it and a means has to be found to sustain interest over a period of time.”

“The sharpest tools in the box are:

Full Circle Motivation’s incentive tools have been used to change behaviour in order to improve: profit, cash flow, employee and customer engagement. And that means particularly good value for money especially as the latest research has shown that incentive travel investments yield a return on investment of more than 4:1.