Rob Krupp will now serve as the Director of Federal Government Sales, providing oversight and leadership for Whitlock’s government programs. 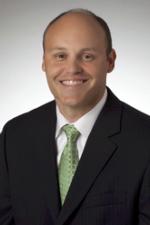 Whitlock, a global AV solutions provider, announces that Rob Krupp, its Regional Director for the Hampton Roads Region of Virginia, will take over broader responsibilities for the company’s Federal Government Sales nationwide.

In his previous position, Rob managed the financial, operational and administrative responsibilities for Whitlock’s team in Hampton Roads. His success in expanding the company’s client base in this region, which encompasses a significant portion of Federal Government/DOD, made him a natural selection for fulfilling the same role on a larger scale.

“The U.S. government utilizes audio, video and unified collaboration for cost savings, efficiency improvements, training and most importantly mission critical operations. Whitlock is well versed in the complex processes, security requirements and protocols of this sector,” explains John Steinhauer, VP Global Sales for Whitlock. “Rob Krupp has been overseeing many of our larger relationships, including SPAWAR, US NAVY, US ARMY and now he will use his expertise to maintain our service quality and meet growing demands worldwide.”

“We have worked jointly with Whitlock and Rob Krupp on many federal installations, and their expertise and delivery capabilities are hard to match,” says Landon Lovett, Executive Director, Federal for Crestron Electronics.

Whitlock is a U.S. owned small business concern with GSA contract schedules 58 and 70 and the company has one of the largest national footprints of any provider in its field. Rob will oversee Whitlock’s CONUS/OCONUS federal installations, and will work in conjunction with the Global Presence Alliance (GPA) to serve government entities with operational requirements throughout the world. The GPA is a consortium of AV and UC solutions providers who work together on larger global accounts; Whitlock is a founding member of the GPA.

As part of this new position, Rob is expanding the government sales team to include federal government account executives from Whitlock’s 20 locations, including its newest office in Northern California. The company has focused training on best practices and standards for serving government and military environments. Whitlock has established subject matter experts in its engineering ranks for command and control centers, infrastructure for secured and non secured video teleconferencing and video distribution, conference rooms and auditoriums for high level briefs, distance learning capabilities for training centers and classroom technologies, in addition to many other applications for unified communications.

“I am looking forward to my expanded role within Whitlock serving the government sector,” states Rob Krupp. “We are committed to our customers and partners in this sector and we are taking all of the right steps to continue providing reliable, security cleared personnel and support now and in the future.”