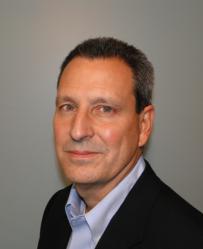 Mark has a demonstrated ability to successfully guide cable television acquisitions and associated integrations. He has also built strong relationships within the cable industry that will aid in our overall execution of our cable broadband strategy.

With the recent acquisition of Baja Broadband, TDS is actively pursuing the cable broadband marketplace. Barber will help shape TDS’ entry, strategy, and integration of this expanding line of business.

“Mark has a demonstrated ability to successfully guide cable television acquisitions and associated integrations. He has also built strong relationships within the cable industry that will aid in our overall execution of our cable broadband strategy,” remarked Dave Wittwer, president and CEO at TDS. “Mark appreciates where TDS is headed and will be a strong addition to our management team.”

Barber brings a wealth of experience to TDS as a long-time cable industry veteran. Barber served in numerous executive-level capacities in various telecommunications sectors including cable, wireless, and telephony and has been co-leading two promising e-commerce start-ups.

Prior to his entrepreneurial endeavors, Barber served as COO for Cobridge Communications, LLC. While there, he developed the business plan and secured debt and private equity support for the acquisition of 36 cable television markets with annual revenues of $65 million. In addition to his service at Cobridge Communications, Barber has led substantial divisions at well-known communications entities such as TargusInfo, Neustar Inc., Charter Communications, and Comcast Corp. He is also a military veteran, having served in the United States Marines Corps.

Wittwer concluded, “Mark Barber joins our executive leadership team with significant experience in the cable television marketplace as an owner-operator, business strategist, and transaction integrator. He will be our point person on cable broadband growth and development.”

Editor’s note: If you would like a photo of Mr. Barber to include with your story, please contact Cindy Tomlinson at cindy(dot)tomlinson(at)tdstelecom.com or 608-664-4471.

TDS Telecommunications Corp. (TDS®) is the seventh largest local exchange telephone company in the U.S. Headquartered in Madison, Wis. it is a wholly owned subsidiary of Telephone and Data Systems, Inc. For 44 years, the company has been connecting people with high-speed Internet, phone, and TV entertainment services in over a hundred rural, suburban, and metropolitan communities across 32 states. Today, TDS has nearly 1 million customer connections in service and 2,900 employees. Business customers select from the latest technologies, including: VoIP (managedIP Hosted) phone service, dedicated high-speed Internet and hosted-managed services. Visit http://www.tdstelecom.com or http://www.tdsbusiness.com for more information.