Bubba Watson is Back For More - 2013 Masters Tickets and Packages for the 2013 Masters Golf Tournament at MastersTickets.co from Inside Track Tickets, Inc.

Golf enthusiasts from around the world can now find 2013 Masters tickets, golf news and hospitality packages to accommodate their needs during the 2013 Masters Golf Tournament in Augusta, GA at - http://www.MastersTickets.co 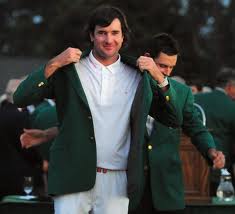 Last year, at the 2012 Masters, Bubba Watson had only dreamed of making the incredible hook shot he did that ended up winning him the title. This year, he can dream of doing it again.

Before the masters Bubba was simply proud of himself for making it into the top 20 in his previous seven starts on the tour. He said that he mostly just wanted to be consistent. And consistent he was. To begin, Bubba’s dreams were more realistic than other famous pro golfers. First, he just wanted to get on tour. After that, he had to earn enough money to make a living as a pro. No one believed he could do it. No one back home in Florida, or at his Alma mater, Georgia, had faith in him to make the tour. But he did, and he has been living out his dreams ever since.

Three wins, two of which were in 2011, had definitely eased some of his stresses about keeping his job. However, the Augusta victory last year gave him a five-year PGA Tour exemption, which took all those stresses away. With the exemption, Watson is free to live his dream and has become a big star in the game of golf. He may not have the golf resumes of some other well-known stars, but he has one thing most don’t…a major championship.

Bubba mentioned that he has no desire to ever again experience that famous hook shot he took last year that gave him the win. He hopes that shot will be his legacy of winning the 2012 Masters, but plans this year to stay on the fairway this time. Bubba can now fight for his new dreams at the 2013 Masters Tournament, as what he once could never imagine happening, is now a reality. The top of the 2013 Masters Leaderboard is calling his name. At http://www.Masterstickets.co, you can get your Masters Tickets, follow the action on the Masters Live Stream, or reference the Masters Schedule for information. http://www.Masterstickets.co has everything you need to watch Bubba compete for his new dream.