Christopher Lee recently assisted a client to avoid a seven year prison sentence, after the client was charged with assault under California Penal Code section 245(a)(4). The client not only faced prison time for the most recent charges, but also sentence enhancements for a prior strike offense on his record. 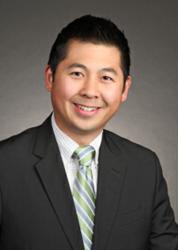 A Wallin & Klarich client recently was able to avoid a conviction for assault by a means of force likely to cause great bodily injury under California Penal Code section 245(a)(4). In addition the client faced a sentence enhancement because he had a prior strike on his record. The client was represented by experienced violent crime attorney Christopher Lee, who assisted the client to achieve the successful outcome.

“This is a case where an adequate investigation and interviewing witnesses provided a strong defense in negotiating the case and avoiding significant prison time,” said Mr. Lee.

The client was charged under California Penal Code 245 (a)(4) for assault by a means of force likely to produce great bodily injury. The client faced imprisonment for two, three or four years, a fine of $10,000, or both a fine and imprisonment if convicted. In addition, the client also was subject to a sentence enhancement under California Penal Code section 12022.7 because the client already had previous conviction on his record that counted as a strike under California’s three strikes law. Including the sentence enhancement, the client faced a sentence of a total of seven years in prison if convicted.

The client sought out the assistance of Mr. Lee of Wallin & Klarich. According to Wallin & Klarich, Mr. Lee first met with the client to learn the facts of the case. After investigating the law as it pertained to the surrounding circumstances and discussing the chain of events with several witnesses, Mr. Lee provided the District Attorney with evidence that the victim had acted as an intruder. Mr. Lee showed the District Attorney that the client lawfully had the right to not allow the victim inside his home and was only trying to keep an intruder out. As a result of Mr. Lee’s negotiations with the District Attorney, the client is no longer facing the possibility of a criminal conviction or prison time.