Youth with more education are more likely to be employed, work more weeks, and hold jobs for a longer duration, according to a recent survey by The Bureau of Labor Statistics. The findings reflect hiring data on Granted.com for entry-level jobs, which often go to youth workers. 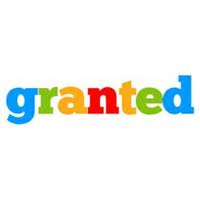 More and more jobs require at least an associate’s degree, simply because the level of work involved has gotten more complex and requires more training.

In its survey on youth employment, the Bureau of Labor Statistics found that workers with more education on average held more jobs, worked more, and were less likely to be unemployed. The findings corresponded with hiring data on Granted.com, in which a large percentage of entry-level jobs, a traditional source for youth employment, require a higher degree.

The Bureau of Labor Statistics released the results of its survey on youth employment, “America’s Youth at 25.” The survey studied school enrollment, the number of jobs held, and labor market activity for individuals between the ages of young adults from ages 18 to 25. The study found that employment rates rose for youth with at least a high school degree, and rose significantly for youth with a college degree. Youth with at least a college degree worked 83 percent of the weeks in a year and were less likely to be out of the labor force. Those with more education also typically held jobs for a longer duration.

The BLS correlation between higher employment rates and youth with more education has been reflected in employment data on Granted.com, a leading job site. At the time of this release, the site listed 20,827 entry-level jobs. Of this number, over half required higher education of some kind beyond a high school education.

“Gone are the days when a high school diploma was sufficient,” said Harrison Barnes, CEO of Granted.com. “More and more jobs require at least an associate’s degree, simply because the level of work involved has gotten more complex and requires more training. Even if some argue that a university education often doesn’t always directly translate into real life job training, employers know that a college degree is indicative, to a certain extent, of skills that will be valuable on the job, such as that person’s ability to learn and be analytical, or their ability to retain information.”

With the economic downturn, hiring companies have had greater freedom to set the bar high for job seekers. Competition is particularly fierce for youth workers, even for those who have higher degrees. Many of the entry-level positions that youth have traditionally relied on as an entryway into the labor force have increasingly gone to older, more experienced employees. Although the pay for entry-level jobs is usually significantly less, some long-term unemployed workers are willing to settle for steep salary cuts if they have been unable to find other work.

While this has been good news for employers, who often jump at the opportunity to hire a more experienced worker, this has been problematic for many young people trying to get their foot in door. With greater competition for entry-level jobs, they face the paradox of needing more experience to be marketable job candidates, but being unable to land jobs because they lack that experience.