Sheldon Lee, Wallin & Klarich criminal defense attorney, recently assisted his client, a teacher, to reach a plea bargain and get a lesser sentence for charges of criminal battery on school grounds under California Penal Code section 243.2 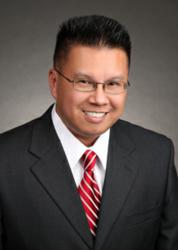 A criminal offense conviction can result in serious consequences to employment and future employment, which is why I make sure I explore all legal avenues when I defend my client...

A Wallin & Klarich client recently reached a plea bargain for a lesser offense and sentence after being charged with criminal battery on school grounds under California Penal Code 243.2. The client was represented by experienced and knowledgeable violent crime attorney, Sheldon Lee, who helped prove that the client did not have any intent to commit a battery and was mistaken as to the identity of the student involved.

“A criminal offense conviction can result in serious consequences to employment and future employment, which is why I make sure I explore all legal avenues when I defend my client. I leave no stone unturned and provide competent legal representation in order to gain the best possible outcome for my client,” said Mr. Lee.

According to court record from San Bernardino Superior Court – Barstow, the client is a school teacher and mistakenly believed that he recognized one of his students attempting to stay for an extra period of PE class. The client approached the student and placed his hand on the back of the student’s neck, but then realized that it was another student he did not know. The student and his family complained and the client was ultimately charged with criminal battery on school grounds under California Penal Code 243.2.

As a result of the charges, the client faced jail time, fines and probation, in addition to the loss of his job and significant discipline from his employer and the school district. The client sought the assistance of Mr. Lee to begin researching the facts of the case and all the related legal avenues.

Mr. Lee was able to show the District Attorney that the client had no true intent of committing a battery, but instead this was a case of mistaken identity. Mr. Lee explained to the District Attorney that the client had believed the student was one of his own students who he had known for some time according to court documents. The client only realized when he got close to the student that he had been mistaken and it was not the student he had thought it was from a distance. As a result of Mr. Lee’s negotiations he was able to show the deficiencies in the prosecution’s case and the District Attorney agreed to a plea bargain. The plea bargain resulted in charges against the client that were far less detrimental to the client’s employment situation and carried a lighter sentence.