New Start-up, The Medical Cannabis Network seeks to provide a technological based framework to provide legitimacy and safe access to the medical cannabis industry. 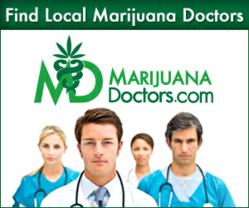 Our mission is to create technological solutions that can be built to scale to accommodate the changing industry. We hope to provide a framework that allows for the safe access of medical cannabis while limiting its access to consumers in the black market

H.R. 499, Ending Federal Marijuana Prohibition is a new bill that would decriminalize marijuana at the Federal level, leave to the States a power to regulate marijuana that is similar to the power they have to regulate alcohol, and for other purposes. Introduced to Congress on February 5th, 2013 by Rep. Polis (D-CO) and Rep. Blumenauer (D-OR), H.R. 499 provides outline for a more sensible drug policy.

Detailing how the current system of Federal Drug policy is broken, Rep. Polis and Rep. Blumenauer write of a solution based framework that would provide safe access to marijuana for patients who need it and obtain it legally under state law. In their platform “The Path Forward: Rethinking Federal Marijuana Policy”, Polis and Blumenauer describe and outline opportunities for the federal government to make sure that states, businesses, and individuals are able to act in an environment that has coherent and consistent laws.

A contentious issue between the “People” and the “People’s Government” is the classification of marijuana. Under the Controlled Substances Act of 1970, Marijuana is still classified as a Schedule I substance with “no currently accepted medical use in treatment in the United States”. The penalties of possession, sale, and cultivation of Schedule I substances are extremely stiff. Cultivation of one cannabis plant can land a citizen in jail for 5 years for the first offense.

When the Federal Drug Administration and Federal Government do decide to move in a direction of legalizing marijuana, the first would be to change this classification to a Schedule II substance. During this period, medical professionals would be able to recommend medical marijuana. This is similar to the provisions of the Volstead Act during alcohol prohibition which allowed medical professionals to recommend whisky to patients as they saw fit. During the original prohibition states had the choice to remain wet or dry, although in order to drink alcohol legally, people purchased at pharmacies during the two year trials the FDA was testing to ensure alcohols safety.

An important dilemma the federal government will encounter is the lack of control measures in place to control marijuana once it is reclassified. The federal government would be missing out on key revenue generating streams. Fortunately, the Medical Cannabis Network was formed with an understanding that the technological solutions it provides to the marketplace will create defacto controls which regulate the industry. The Medical Cannabis Network has created MarijuanaDoctors.com and the DeskDocMD programs to facilitate the recommendations under current state law. The appointment booking and verification system along with the recommendation generator will allow for seamless integration as this form of medication becomes a Schedule II substance that doctors will be able to prescribe.

Our mission is to create technological solutions that can be built to scale to accommodate this changing industry. We hope to provide a framework that allows for the safe access of medical cannabis while limiting its access to consumers in the black market. One example of this can be seen by the new connection between MarijuanaDoctors.com and PotLocator.com. This integration prevents medical steering and pharmaceutical pushing. At the same this integration helps to grow patient databases for all canna-businesses without incurring additional cost or overhead says Jason Draizin, CEO of The Medical Cannabis Network.