Are You Your Child’s Hero? Queendom.com’s New Study Reveals the Importance of a Supportive Home Environment on Children’s Ambition and Success

Queendom.com’s latest study indicates that people who had a good role model growing up and healthy parental encouragement have a healthier attitude and approach to ambition and success as adults. 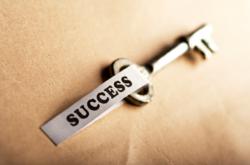 Having a role model growing up as well as supportive parents is the optimal environment for future success.

It’s this attitude of tenacity and determination that has been instilled in them that makes a difference.

Reality TV shows involving officious parents living vicariously through their children may seem entertaining, but this type of parenting approach is likely to have a seriously negative impact on a child’s success. Queendom.com, a pioneer in online personality tests, has released its latest research on ambition. Focusing on the impact of childhood role models and parental support on success in adulthood, their study reveals that having pushy parents and lacking healthy role models can be just as detrimental for a child’s future as having no support at all.

What breeds greatness? Some of the history’s most successful and prominent people had a supportive family environment, while others still managed to make a name for themselves despite a difficult upbringing. Research on 1,027 people by Queendom.com reveals, however, that having a role model growing up as well as supportive parents is the optimal environment for future success.

Those who have had the benefit of both of these factors are more likely to:

“People who grow up in this type of environment do still have their troubles and failures,” explains Dr. Ilona Jerabek, president of PsychTests. “They just refuse to give up. For example, 66% of individuals who had supportive parents and a good role model said that they still have moments of self-doubt – but are able to swallow their fears and push forward. Forty-five percent said that when faced with obstacles, they may be temporarily deterred, but will find a solution to get them back on track. Sixty percent reported that they get nervous when given an assignment that is above their current level of skill, but still find the challenge exciting and take it on. It’s this attitude of tenacity and determination that has been instilled in them that makes a difference – not simply the belief that success is the only thing that matters. It’s much more profound than that.”

So what do parents of these high achievers do?

On the flip side, those who did not have role models or supportive parents were less likely to push themselves to learn new things and less likely to be self-motivated to achieve. They were less driven (67 vs. 59, on a scale from 0 to 100), less ambitious (70 vs. 61), less persistent (66 vs. 57), and had a lower sense of self-efficacy (69 vs. 57). When they failed, 35% said that their parents punished them, while 43% said their parents didn’t care.

“The belief that one must be hard on children in order to push them to succeed may work in some cases, but it always comes at a cost – as does indifference,” concludes Dr. Jerabek. “If you instill in your kids a sense of belief that they can achieve their goals, if you encourage them to aim high and push their limits while remaining realistic, and teach them to learn from failure, you already set them off on the right foot. And it doesn’t matter whether you yourself are a successful, high-achieving executive or cleaning motel rooms for a living.”