The Surrey Institute of Clinical Hypnotherapy responds to the withdrawal of a hypnosis leaflet from a top London hospital.

Yesterday in the Daily Mail, it was reported that “The Royal London Hospital for Integrated Medicine has been told to withdraw a leaflet it issued promoting hypnosis treatment for a number of conditions including mental health problems and irritable bowel syndrome.” 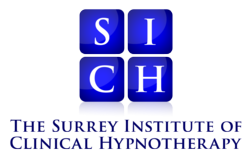 Practising hypnotherapy in Wallington, Surrey Since 2001

The problem is that in their leaflet they made fairly wild claims such as “Hypnosis can benefit almost anyone to improve their physical, emotional and mental health.” This is a fairly broad claim and pretty difficult to substantiate.
With thousands of hypnotherapists and hundreds of thousands of people using a hypnotherapist in the UK alone, it is not surprising that the public want to know if it works.

With the increasing prominence of hypnotherapy on the mainstream medical arena, it is time the hypnotherapy professionals did more to reassure the public’s concerns. In response to this the Surrey Institute of Clinical Hypnotherapy has issued the first in a series of articles to help to answer their questions.

The first is, does hypnotherapy work?

The ASA concluded that the claim “Hypnosis can benefit almost anyone to improve their physical, emotional and mental health” exaggerated the potential benefit to patients’ mental and physical health and was therefore misleading.

The ASA also said that there is evidence that hypnotherapy can help relieve anxiety, confidence issues and minor skin conditions, but it said the hospital was wrong to make wider claims about improving mental and physical health.

However, it did not say there was no evidence for the other issues, it just said that most of the trials and studies presented by the hospital to justify its claims were too small to provide meaningful conclusions.

Paul Howard, Institute Director at the Surrey Institute of Clinical Hypnotherapy, said “I find it difficult to understand why the hospital was unable to substantiate the efficacy for hypnotherapy for IBS, for example, as the work of Professor Peter Whorwell, Professor of Medicine and Gastroenterology, is well documented and peer reviewed. His research papers on the subject show clear evidence that hypnotherapy is very effective for IBS.”

The Surrey Institute of Clinical Hypnotherapy continues to raise awareness of the beneficial effects that hypnotherapy can have on anxiety, IBS, weight control and other inappropriate behaviours, like gambling, drug and alcohol usage.

Paul Howard has been practising hypnotherapy at the Surrey Institute of Clinical Hypnotherapy in Wallington, Surrey for over 10 years. He specialises in anxiety and psoriasis and is an accredited member and Marketing Director for the National Council for Hypnotherapy and adheres to their Codes of Conduct.