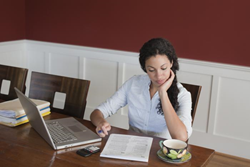 Since last November, we have noticed a large increase in the number of individuals looking for mortgages.

Pryce Warner International Group have seen a significant increase in the amount of enquiries from expats for mortgages since Lloyds Banking Group stopped offering mortgages to expats last November.

According to the Telegraph, Lloyds withdrew its expat service, including Halifax and BM Solutions products, as part of a group-wide review last year.

David Retikin, Director of Operations, commented: “With offices around the world we frequently deal with buyers and sellers of international property. Since last November, we have noticed a large increase in the number of individuals looking for mortgages. It seems Lloyds pulling out has left quite a gap.”

Most frequently, the expats affected were those that wished to purchase or refurbish a UK property whilst they were living abroad: “Lenders often have concerns about due diligence, as they can’t get the credit search that they need.”

Craig Leverett, a Springtide mortgage consultant, stated that he became aware of the problem in January after receiving three calls in a row from expats that couldn’t get a mortgage. He went on to say that this has become an endemic problem for all but the most high value loans.

There remain many independent financial services companies that offer such mortgages to expats, or assistance buying and selling overseas property . Pryce Warner International Group have produced an overseas property guide to help expats in this position.