Greater Boston’s most prolific group of poets gears up for its 30th anniversary year: thousands of individual poems published; 125 books of poetry; national and international writing programs, awards and recognition. 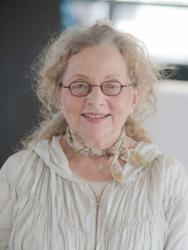 When I met Barbara, I was a writer in my heart but not on the page. Her workshop helped me craft my dream."

PoemWorks, The Workshop for Publishing Poets (http://www.poemworks.com) celebrates the publication of 125 books of poetry by its members, and 30 years of service to the greater Boston arts and cultural community. The Workshop, founded in 1983 by poet and professor Barbara Helfgott Hyett, has grown from a dining-room venture into a full-fledged arts institution with its own reading series, summer workshops abroad and the publication of its members’ work in hundreds of national journals, magazines and anthologies. The Boston Globe has called PoemWorks “one of the best places for workshops.”

Recent books of poetry by PoemWorks authors include:

The workshop’s alumni network includes more than 800 poets. Poetry by Workshop members has appeared in hundreds of national publications including The New Yorker, The Atlantic, The New Republic, Poetry as well as small literary magazines, and dozens of anthologies. Workshop members have won NEA fellowships; Massachusetts Cultural Council awards; the PEN Discovery Award, the Pushcart Prize and writing fellowships at Yaddo, the MacDowell Colony, and the Virginia Center for the Creative Arts, among others.

Since 1996, the Workshop has conducted weekend retreats across New England, and extended summer sessions in international venues including Newfoundland, the Aran Islands of Ireland, and the village of Montolieu, in the southwest of France. The Workshop head to Taos, New Mexico this year—details of the all-inclusive program are available at http://www.poemworks.com/workshops/taos.html

The workshop welcomes students of all levels of experience and skill, from novices to well-established writers. “On any given day, the dozen people at the table might
include a nun, a landscaper, a former college president, a schoolteacher, a hedge fund manager, a tollbooth collector…” says Workshop founder and Director Barbara Helfgott Hyett, a former professor of English at Boston University. “The emphasis is on making work that is well-crafted enough for publication. I am continuously humbled by the commitment of the Workshop members, who come from their various professions to write and revise. Together, we are a kind of organism, a publishing and social network.”

Barbara’s former colleagues and students are full of praise for her teaching abilities. “Barbara’s passion for ideas, her delight in communicating them, and the respect that she has for people, these are just a few of the qualities that make her such a formidable teacher. It’s rare to find a poet of such gifts who also cares about teaching as much as Barbara does.” said Askold Melnyczuk, professor of creative writing at The University of Massachusetts-Boston, who taught alongside Barbara at Boston University.

Jean Trounstine, an author, columnist and Professor of Humanities at Middlesex Community College, spoke of the Workshop’s ability to inspire. "When I met Barbara, I was a writer in my heart but not on the page. Her workshop helped me craft my dream. I have always believed in Barbara's amazing ability to inspire the talents of others through insight, passion and encouragement. While I have published one book of poetry and four of non-fiction, because of Barbara, poetry will always be my first language."

PoemWorks, the Workshop for Publishing Poets, was founded in 1983 by poet and teacher Barbara Helfgott Hyett. She is the author of five books of poetry: Rift, The Tracks We Leave, In Evidence: Poems of the Liberation of Nazi Concentration Camps, Natural Law, and The Double Reckoning Of Christopher Columbus. In addition to weekly poetry workshops, the Workshop serves as a publishing network for its members, who have published thousands of poems and over 125 books of poetry. PoemWorks has offered workshop holidays (France, Newfoundland, New Mexico, Maine, Cape Cod) as well as a monthly reading series. The new PoemWorks term begins April 9, 2013.