Remote Controls Industry is Rapidly Changing, According to New Article by EveryTVRemote.com 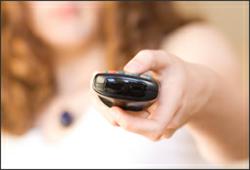 A lot of people are still used to the traditional remote, and trying to use their devices with these new ways of controlling them, will cause some people to be open to the idea, and others may never want to change

EveryTVRemote.com, a company that stocks a huge variety of replacement remote controls, has just published an article that looks at the future of the remote industry. The article explains how traditional remote controls will change over the course of the next five years.

For anybody who spent their childhood getting up and walking over to the television to change the channel, the remote was a welcome and incredible piece of technology. Interestingly, as the new article by EveryTVRemote.com points out, it’s only a matter of time before this traditional technology will change and there will be new devices to make life even easier.

For example, hand and motion technology may soon change the way people change the channel or volume on their televisions. Similar to the way people interact with their Nintendo Wii or Playstation Wand, this technology will feature special sensor strips that can view and monitor the viewer’s movements to determine what they want to do. For people who are surfing the web on their internet-enabled televisions, quickly moving their hand to the left will imply that they want to go back. Moving to the right will mean they want to go forward. And with certain combinations of movements and buttons, people will be able to perform other actions with their sets, like changing the volume or the channel. This technology already exists, the article noted, in the LG’s Magic Remote, and the new Samsung Recognition TV’s are also already capable of face recognition and gesture control.

Cell phone applications, the article explained, are another type of technology that is likely to change the face of the remote control industry. In fact, the iPhone Remote by Apple is already available. Manufacturers of televisions, Blu-ray players and other devices will soon build applications that can interact through things like Bluetooth and wireless connections.

In addition, the article noted, as tablets grow in popularity, people may soon use their iPads to turn on their televisions. Or, just as Siri can recognize voices and perform intelligent actions for iPhone 5 users, voice recognition technology may soon replace the use of traditional remote controls.

As the article points out, although these new forms of technology are fascinating, some people may balk at using them.

“A lot of people are still used to the traditional remote, and trying to use their devices with these new ways of controlling them, will cause some people to be open to the idea, and others may never want to change,” the article said.

“However while they offer that ability, they will still have to create a way for the traditional user to interact with the device, and that will likely be the traditional remote control.”

EveryTVRemote.com is a company that is dedicated to helping its customers buy original remote controls for their TV's, Blu-ray players and other devices due to the purchase of open box items, misplacing, or having the remote stolen. The company has been in business since March, 2007. For more information, please visit http://www.everytvremote.com/changes-to-the-remote-industry.aspx