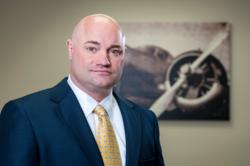 Ron Drzewucki, who was associated Numismatic Guaranty Corporation for 7 years, both as a shareholder and grading finalizer, has launched two new numismatic companies—Ron Drzewucki Rare Coins to serve high end collectors and Modern Coin Wholesale, Inc. (http://www.moderncoinwholesale.com) that offers a comprehensive selection of the most popular bullion and modern coins for collectors from the United States and around the world at very competitive prices. There is no minimum order and shipping is always free.

Ron has made his new website for modern coins informative, attractive and user-friendly—and he is particularly pleased that his 16-year old son Ronnie III has taken an interest in the coin business, starting by doing most of the photography for the new web site. In a recent interview, Ronnie told how he had been exposed to the coin business for many years, but only became seriously interested this last summer. Asked if he had a favorite coin, Ronnie quickly indicated it was the 2009 Ultra High Relief. He also was thrilled when photographing an original 1907 High Relief Double Eagle. Ronnie, who is an ANA Young Numismatist, is currently looking forward to studying medicine in college, but indicates “I definitely expect to collect coins in the future when I have the time and money.”

Just the way that Ron Drzewucki has planted the numismatic seed in his son, so too was Ron introduced to numismatics by his father, Ronald Sr., a longtime member of the ANA. Ronald Drzewucki Sr. started collecting by going through coins obtained at banks, filling in the holes in Whitman holders, and then returning the balance within a few days. He then graduated to cherry picking coins on bid-boards, and selling his finds to a local dealer. Ron Sr. eventually made his living for 30 years by buying and selling at coin shows around the country—eventually taking his teenage son Ron with him. Ron soon became an expert grader and by the age of 15 was a professional numismatist.

Before joining NGC, Ron conducted a successful business dealing in certified and modern coins. Ron Drzewucki hopes that his new web site will serve both experienced and beginning collectors, giving them the same enjoyment and satisfaction that three generations of his family have derived from the hobby over the last 5 decades.

Collectors are invited to visit the website and sign up to receive occasional emails about special offerings and be entered in a monthly drawing for a free American Silver Eagle.